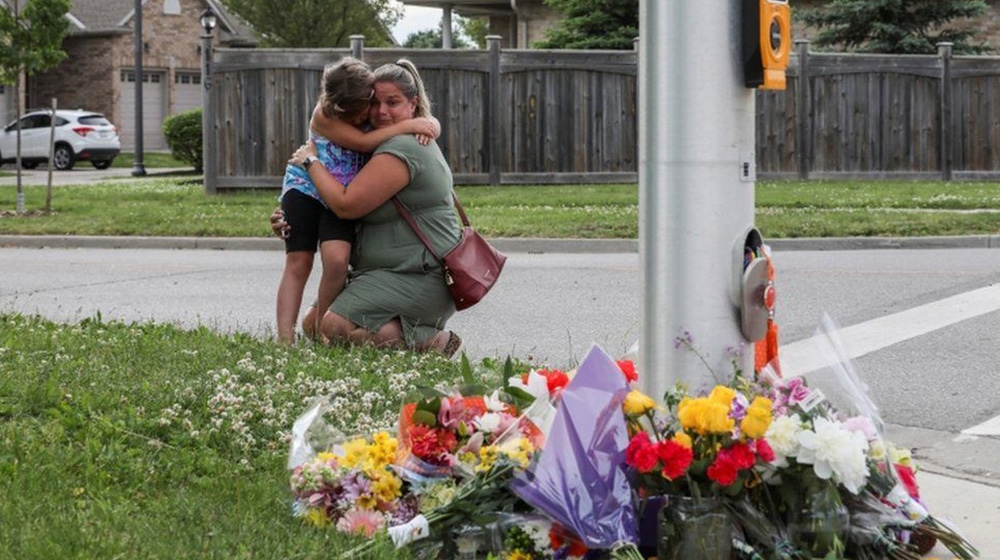 A driver intentionally ran over a Muslim family as they were waiting on the sidewalk to cross a road in London, about 200 km southwest of Toronto, Canada.

In what has been described by the police as a “premeditated act motivated by hate”, four members of the Muslim family were killed, and a 9-year-old boy has been seriously injured.

In a statement, the London Police Service Superintendent, Paul Waight, explained that “there’s evidence that this was a planned, premeditated act motivated by hate. It is believed these victims were targeted because they were Muslim”.

The incident had occurred amidst rising concerns about Islamophobic attacks across numerous Canadian provinces, and many widespread calls by the far-right groups for the government to tackle all racist, hate-motivated, and pre-meditated crimes.

The Canadian Prime Minister, Justin Trudeau, took to Twitter to express solidarity with the victims’ loved ones, including the boy who survived the attack.

To the Muslim community in London and to Muslims across the country, know that we stand with you. Islamophobia has no place in any of our communities. This hate is insidious and despicable – and it must stop.

Meanwhile, a 20-year-old suspect identified as ‘Nathaniel Veltman’ has reportedly been apprehended by the local police. As per reports, the authorities have charged him with four counts of first-degree murder and one count of attempted murder.

The Mayor of London, Ed Holder, has ordered flags outside the City Hall to be lowered for three days to signify a state of mourning as an act of compassion and solidarity.