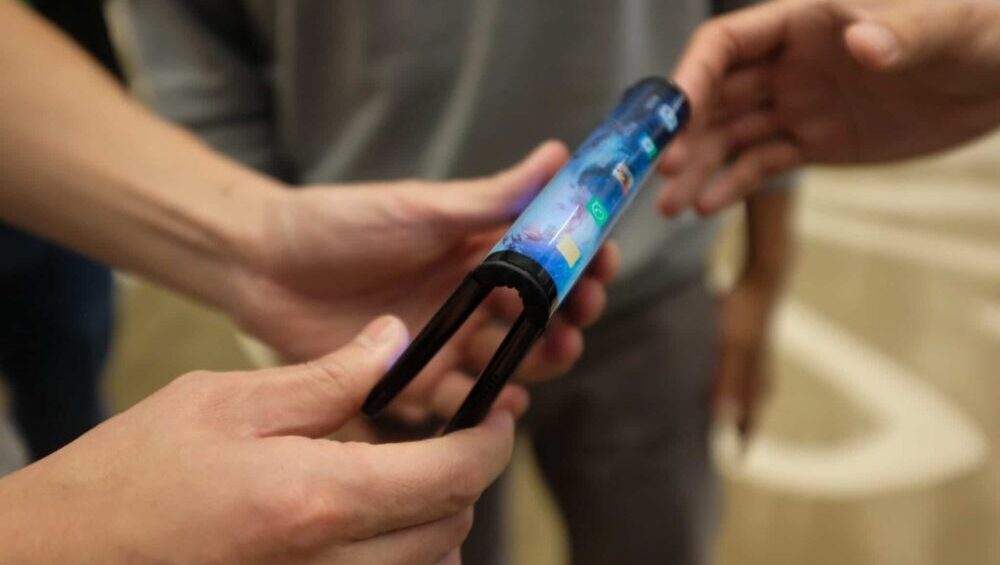 News about a Google Pixel Foldable phone has been making rounds on the internet for a while. Earlier this year, a patent filed by Google at the WIPO detailing designs for two different hinge mechanisms surfaced on the internet.

A few weeks after the patent was discovered, 9to5Google uncovered mentions of the upcoming Pixel foldable in the beta build for Android 12. The company has already confirmed that it is planning to release its first folding Pixel phone in late 2021.

Endorsing all the leaks and rumors, a Korean publication The Elec has reported that Samsung will begin production of folding OLED panels this October for Google, Vivo, and Xiaomi’s upcoming folding phones. All of these folding devices will allegedly be announced this year.

According to recent reports, Google has codenamed its foldable phone as ‘Passport’. It is expected to arrive with the upcoming Pixel 6 and Pixel 5a 5G. The Elec detailed that it will have a single 7.6-inch panel that folds inward. The phone’s codename also hints that it will fold inward like the Samsung Galaxy Fold series.

We are unsure if the Pixel Fold will come with a display designed by Google itself or if the company will use Samsung branded panels. However, the idea of Google designing its own display is not farfetched. Samsung acts as a contract manufacturer for many other companies and is also producing some of Apple’s homegrown processors.