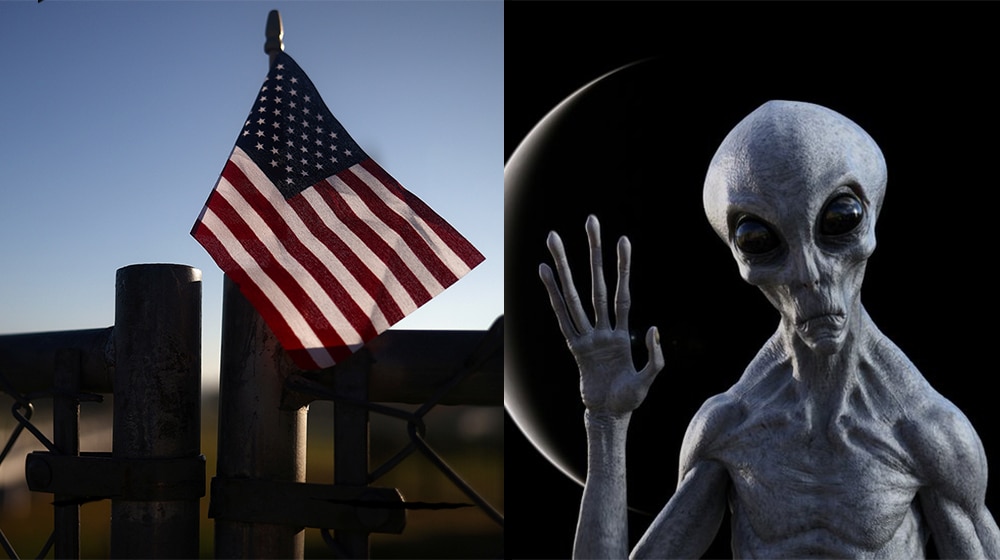 Over the last decade, the American government has silently been cataloging and investigating a slew of bizarre incidents — mostly reported from the US Navy — of ships and fighter jets encountering Unidentified Flying Objects (UFOs).

The upcoming report on this will include 120 incidents so far, the majority of which had been observed by the US Navy, as claimed by the New York Times.

Here’s How Much Countries Spent on Nuclear Weapons in 2020

Although a recent report on UFOs by the US government has revealed little to no evidence about the existence of aliens, it does not rule out the possibility either.

In 2017, videos and eyewitness accounts of UFO sightings by the public had prompted the Pentagon to work on an unclassified version of a report about the phenomenon, that was expected to be given to lawmakers this month.

While many advocates of the existence of UFOs and those who are hopeful about the phenomena are looking forward to the findings of the report, many experts have pointed out that there will not be a”big reveal”.

The #UFO incidents studied by the Pentagon were from the past 20 years. For this to be Russian or Chinese tech would mean #Russia or #China were able to rewrite the laws of physics for 2 decades without the US intel community knowing.

Furthermore, seasoned investigators working with the US government in various capacities have pointed out that “the current dustup over an influential government report on UFOs is a reminder that, eventually, everything old becomes new again”.

However, if you believe that there could be proof of an alien spaceship in certain images or videos, take it with a pinch of salt because they could be fake or edited.