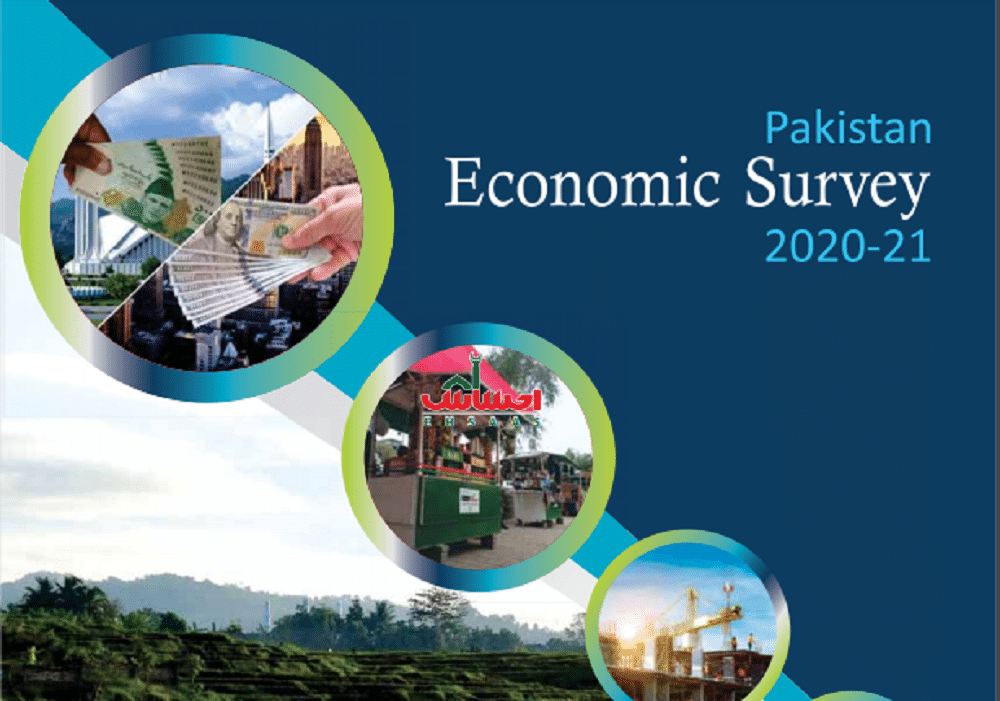 The Ministry of Finance released its flagship report — the Pakistan Economic Survey — on Thursday as the economy moves towards recovery despite the ongoing pandemic.

The survey provides a positive outlook of the economy with the most economic impetus being attributed to external resources aided by local factors like large scale manufacturing, agriculture, and construction industries.

The importance of the IT sector is also accentuated in the survey, and the Minister for Finance also announced an incentive package for this sector during his speech at the launch of the survey.

Here are some highlights about Pakistan’s overall economic situation, an overview of the policy actions that were implemented by the government, and the details of the growth and investment paradigms that have been observed in the current fiscal year.

The government had taken several important policy decisions such as monetary and fiscal measures, smart lockdowns, rapid vaccinations, etc. The National Command and Operating Centre (NCOC), as a single organization, was made responsible for making key decisions in collaboration with the provinces.

The situation was brought under control by the government’s timely decision-making, and the number of daily COVID-19 cases is currently on a declining trend according to the survey report.

The inflows of foreign exchange through the Roshan Digital Account (RDA) crossed the $1 billion mark. During July-April FY2021, the workers’ remittances had posted a historically high growth of 29 percent and reached $24.2 billion.

Overview of the Economy

The State Bank of Pakistan’s (SBP) foreign exchange reserves have risen to $16 billion — a four-year high.

Keeping in view the significant performance regarding the Financial Action Task Force’s (FATF) conditions and the potential of the exports and e-commerce, Pakistan has been added to Amazon’s seller list.

The Federal Board of Revenue (FBR) tax collection had grown significantly by 18 percent during July-May FY2021 owing to the revival of domestic economic activities and the ongoing comprehensive tax policy and administrative reforms.

The primary balance remained in surplus at 1.0 percent of the GDP — the highest level through the first three quarters in 12 years.

On 27 May 2021, the Pakistan Stock Exchange (PSX) had an all-time high daily trading volume, with 2.21 billion shares traded in a single session. Due to its impressive growth, the PSX earned the title of being the ‘Best Asian Stock Market’ and the fourth best-performing market across the world in 2020.

Over 80 percent of the net borrowing from domestic sources had been through medium-to-long term domestic debt instruments (Pakistan Investment Bonds and Government Ijara Sukuk) during the first nine months of FY2021.

Pakistan has entered the international capital market after more than three years by successfully raising $2.5 billion through Euro bonds.

During July-February FY2021, the two gas utility companies (SNGPL and SSGCL) had laid a 143 km long gas transmission network, 2,616 km for distribution, and 886 km of service lines, and connected 70 villages/towns to the gas network. During the same period, 304,573 additional gas connections, including 303,243 domestic, 1,020 commercial, and 310 industrial connections, were provided across the country.

The installed capacity of electricity had increased to 37,261 MW during July-April FY2021 as compared to the same period last year, showing an additional 1,289 MW. Likewise, its generation increased to 102,742 GWh, showing an additional generation of 6,360 GWh during the period under discussion. The share of the industry in electricity consumption had increased to 26.3 percent in July-March FY2021 as compared to 25.5 percent in the same period last year.

At the end of March 2021, the number of broadband (BB) subscribers reached 100 million. The total BB penetration in Pakistan had stood at 47.6 percent in March 2021, registering an increase.

The International Monetary Fund (IMF) has acknowledged that the government’s policies have been critical in supporting the economy and saving lives and livelihoods. The IMF and Pakistan also announced the resumption of the stalled $6 billion loan program.

During the year, all the three major credit rating agencies — Moody’s, Fitch, and Standard & Poor’s — reaffirmed their sovereign credit ratings for Pakistan. This reaffirmation is reflective of the sound policies of the government and of the confidence reposed by these leading international institutions in the country’s economic outlook.

The economy of Pakistan rebounded strongly in FY2021 and posted a growth of 3.94 percent which is substantially higher than the previous two years (-0.47 and 2.08 percent in FY2020 and FY2019 respectively), and has surpassed the target (2.1 percent for FY2021), the survey report said.

The beginning of FY2021 had been better in terms of the containment of the pandemic and the recovery of the economy, but the second wave in late October 2020 and the third wave in March 2021 had made it more challenging to contain the pandemic while keeping the economic activities afloat.

On the basis of an economic rebound in almost all the sectors for FY2021, the provisional GDP growth rate has been estimated to be 3.9 percent on account of a growth of 2.8 percent in Agriculture, 3.6 percent in the Industrial sector, and 4.4 percent growth in the Services sector.

Private Consumption has had a significantly large share in the GDP. This large share implies that Pakistan’s economy is consumption-driven. Better consumer confidence can influence domestic production by increasing the demand for durable.