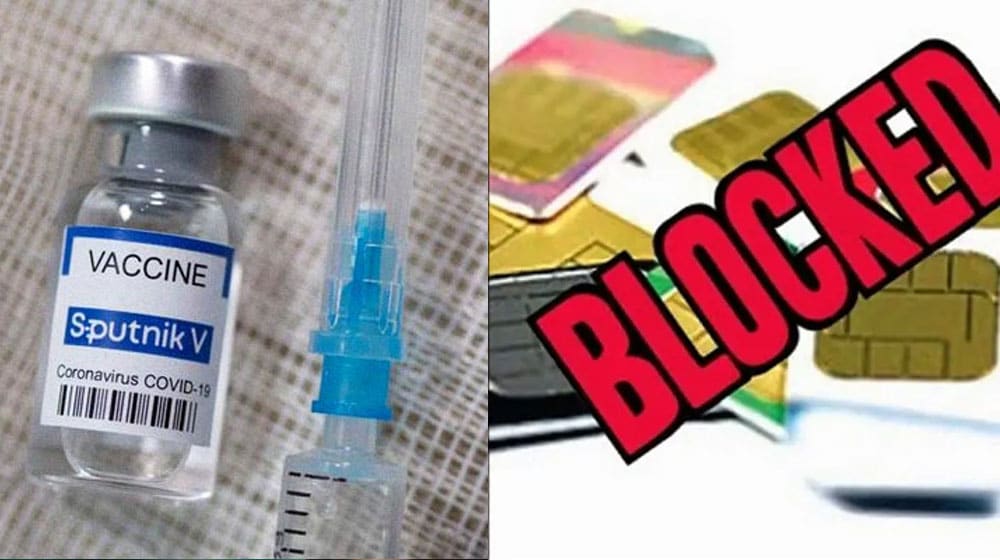 Following the initiative taken by Punjab, the government of Sindh has also decided to block the SIM cards of all the citizens who refuse to get vaccinated against the coronavirus.

Sindh’s Minister for Information, Syed Nasir Hussian Shah, announced this while addressing the media on Monday, and added that the provincial government is taking measures to ensure that every citizen gets inoculated.

NA Committee Briefed on Compliance from Facebook, Twiter and TikTok

Minister Shah stated that the salaries of those refusing to get the jab are being withheld in an attempt to maximize the vaccination ratio among the government employees.

“Further, the promotions of government employees will also be subject to vaccination against COVID-19,” he added.

In response to a question, Shah confirmed receiving reports about the selling of vaccination certificates for a few hundred rupees, and directed the IG Sindh and the Home Department to take strict action against those involved in the practice.

FBR Issues Clarification Over Taxes on Pensions and Salaries

He said that the vaccine is an effective weapon against the deadly virus, and urged the public to get vaccinated.

Note that the government of Punjab had come up with the idea of blocking the SIM cards of the people in the province who refuse to take the COVID-19 jabs. The decision had been made last week in a meeting at the Punjab Civil Secretariat that was chaired by the provincial Minister for Health, Dr. Yasmin Rashid.