The Pakistani Rupee (PKR) reversed its losing streak against the US Dollar (USD) on Thursday after posting back-to-back losses earlier in the week. It crossed the Rs. 156 exchange rate on Monday, and continued to deepen the losses, closing at nearly Rs. 157 on Wednesday.

The PKR had touched the highest exchange rate against the USD in two years on Tuesday. Yesterday, it had traded even above the Rs. 157 exchange rate through the day before closing barely below it.

Experts believe that there are payments pressures due to debt servicing and imports pickup, which are, in turn, happening due to better economic activities and international commodity prices moving upwards.

They opine that since corporates and importers are buying dollars for the import of raw materials, machinery, and equipment, and are placing their orders after the Federal Budget 2021/22 announcement, it will continue to press the Rupee down in the interbank currency market.

Dealers said that the payments are usually higher at the close of June because of the companies’ rush to settle foreign bills and debts.

While talking about the Rupee today, the former Treasury Head at Chase Manhattan Bank, Asad Rizvi, said that it is “entering a crucial phase”. He added that the depreciation in the PKR “should start slowing down as it has approached 157 levels”.

Rizvi stated that the “PKR should not go much beyond 158 by June fiscal year-end. Remittances inflow should be strong due to [Eid-ul-Azha]. However, it’s [the imports] which is the real cause of worry”. 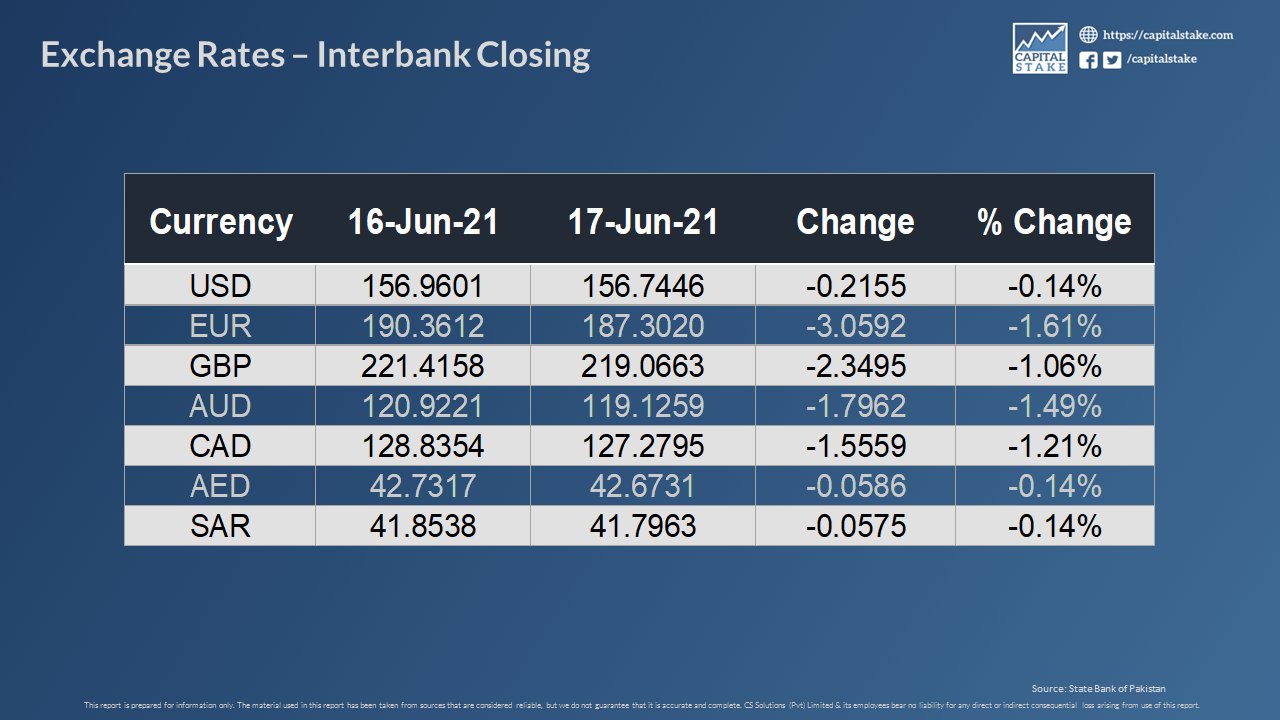 The PKR has been posting almost blanket losses in the interbank currency market against the other major currencies as well. Today, the trend also shifted to blanket gains.