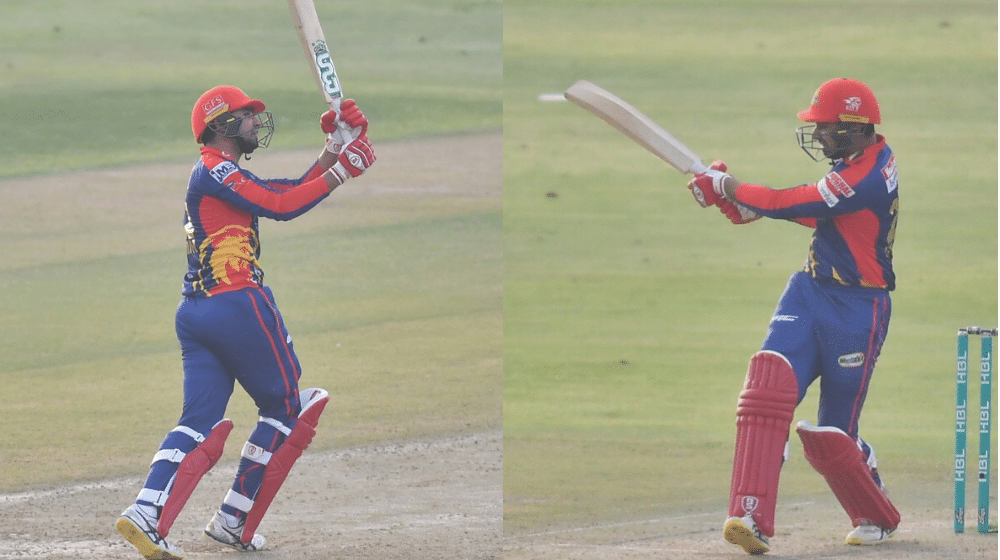 Karachi Kings all-rounder, Danish Aziz, broke the record of most runs in an over in PSL history as he smacked 33 runs off the bowling of Australian all-rounder, Jack Wildermuth, in the 19th over of the innings against Quetta Gladiators.

Aziz hit one boundary and four consecutive maximums in the penultimate over and gave Karachi’s bowlers a chance to defend a decent total.

Aziz broke the record held by Peshawar Zalmi all-rounder, Amad Butt, who struck another Australian all-rounder, Dan Christian, for 32 runs in the over earlier on in this season.

Kings were struggling at 121/5 in 16.5 overs when Aziz came out to bat. He wreaked havoc in the next three overs, smashing 45 runs off just 13 balls and helped Karachi to a competitive total of 176/7.

Karachi will be hoping their bowlers can carry the momentum provided by Danish Aziz and help them qualify for the PSL playoffs.