The rupee fell to its lowest level in four months against the US Dollar as it breached the level of Rs. 158.

Pakistani Rupee Becomes the Worst Currency Against US Dollar in Asia

PKR has been posting losses continuously for five weeks, with sporadic improvements.

Higher import payments coupled with the expected delay in the sixth review of the International Monetary Fund’s (IMF) $6 billion loan program are weighing down the rupee in the international currency market.

The steep downfall, seen yesterday and today, is also being attributed to the likely delay in the release of IMF’s next tranche of the extended fund facility (EFF) as Pakistan and IMF remain stuck on details of tariff increases among other fiscal reforms.

Furthermore, the trade deficit is once again entering the danger zone, which, coupled with the strengthening of the USD in the international market, is also putting pressure on all emerging markets, including Pakistan.

Former Treasury Head at Chase Manhattan Bank Asad Rizvi took to Twitter and said that the federal excise duty stance that Pakistan has taken against the global lenders’ demand caused the outflow of foreign funds.

He also warned about the FATF’s upcoming meeting, which also takes a notable impact on the rupee’s parity against the greenback. However, he said that the resumption of Saudi Arabia’s oil facility should help PKR stabilize.

It was not long ago when PKR was labeled as “the world’s best performing currency” after it appreciated the most against the USD during the first three months of the calendar year (January to March 2021). The recent weeks, however, have shown PKR to be among the worst currencies as the local unit became the worst performer in Asia since its recent downhill as it dropped for five straight weeks. 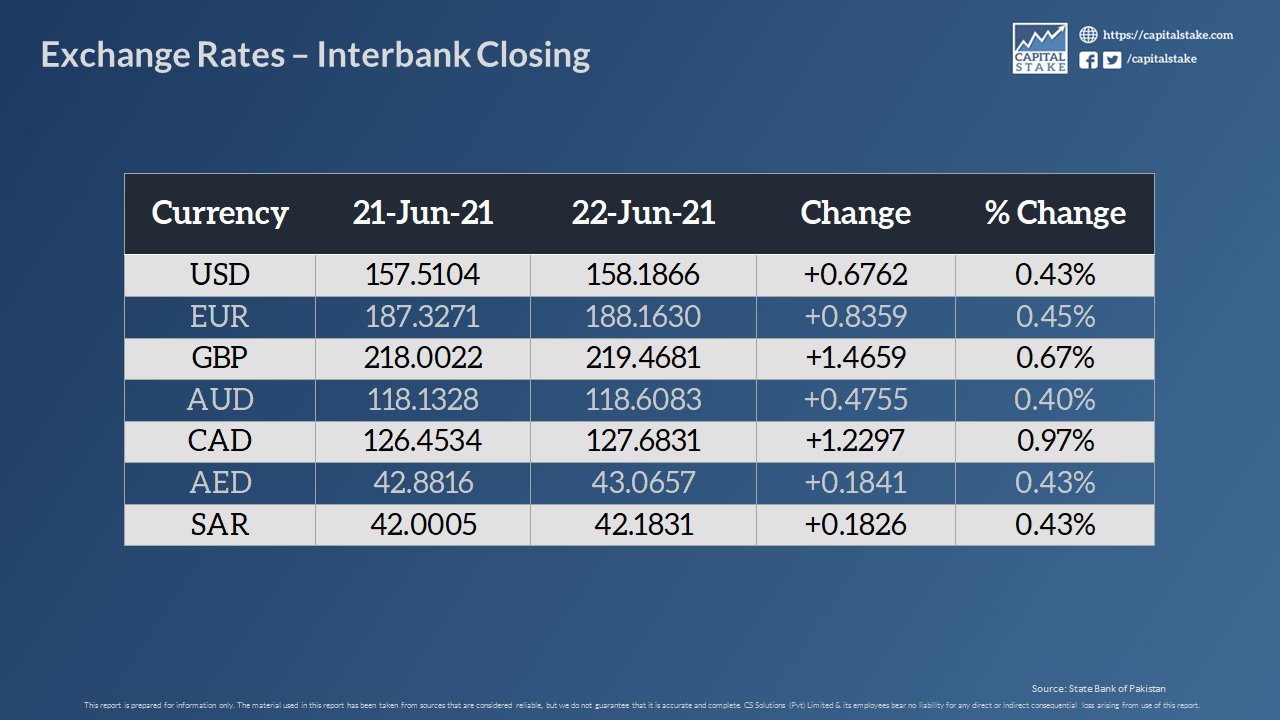 The PKR has also been posting blanket losses against the other major currencies, with rare improvements. Today was no different for the local unit.

The PKR posted losses against both the UAE Dirham (AED) and the Saudi Riyal (SAR), where it eroded by 18 paisas against both currencies in the interbank currency market today.