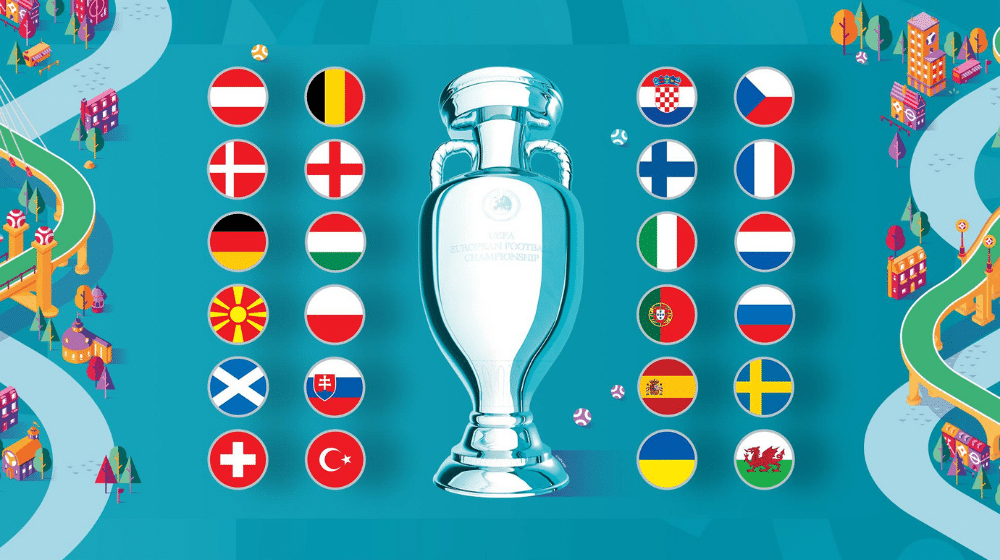 UEFA Euro 2020 has entered the knockout stage, with 16 out of the 24 teams qualifying from the group stages to take part in the Round of 16. The top two from each of the six groups, along with the four best third-placed teams, have made their way to the next round and will face off against each other in one-off knockout games.

Here’s Everything You Need to Know About UEFA Euro 2020

The likes of Italy, Germany, France, Belgium, Portugal, England, and Spain have all qualified for the next round and will be looking to make their mark in the upcoming encounters to move to the quarter-final stage.

Italy, Belgium, Netherlands, England, Sweden, and France ended the group stages as the leaders of their groups and will face the second and third-placed teams in the next round.

The first match of the round of 16 will be played between Wales and Denmark on Saturday, 26 June at Johan Cruyff Arena, Amsterdam, Netherlands. The knockout round will also bring two exciting matches between four of the biggest teams in Europe as Belgium will face the defending champions, Portugal, and England will face Germany.

Let’s have a look at the schedule for the Round of 16:

All times are in Pakistan Standard Time

Eight teams will make their way into the quarter-finals of the tournament and will compete for the crown of European champions.