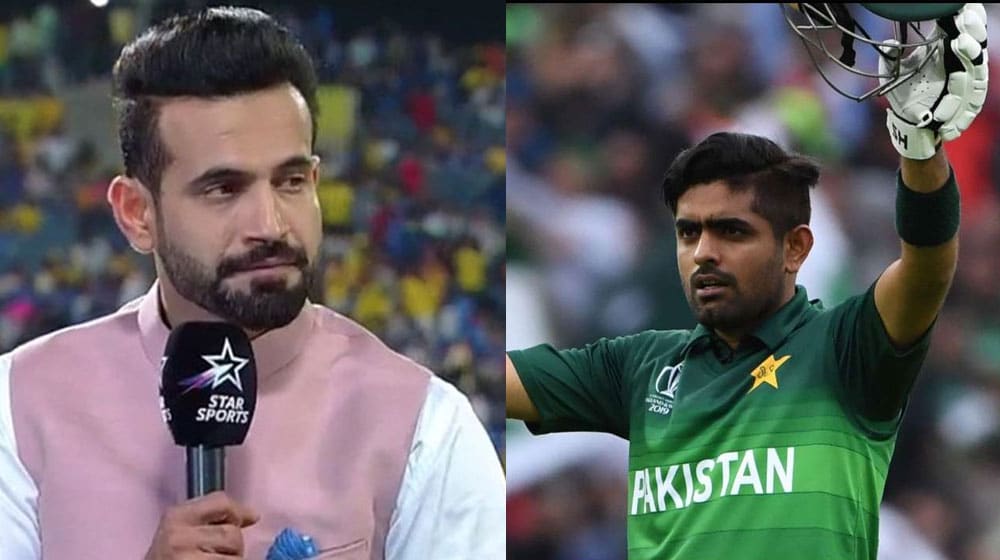 Pakistan’s all-format skipper, Babar Azam, is one of the greatest batsmen of this era, and cannot be kept silent for too long.

He is such a class act that even players from the other side of the border can’t help but praise him.

Former Indian all-rounder Irfan Pathan was all praises for Babar after his brilliant century – 14th of his career – against England.

This guy @babarazam258 is some player. Just imagining him playing alongside the likes INZY bhai,YUSUF, YUNUS.

Similar remarks were passed by former India wicketkeeper-batsman, Dinesh Karthik. Karthik, who was is in England to commentate on the Pakistan-England series, complimented Babar for his scintillating century in fine words.

“World-class batters do not remain out of form for many matches. That is why Babar Azam is the best batsman in the world,” Dinesh Karthik remarked after Babar Azam’s century during the third ODI against England.

Babar and Rizwan Break Yet Another Batting Record

Babar, after scoring a duck in the first game and 19 runs in the second, had immense pressure from fans and critics to score big in the final ODI. Unfortunately, his century could not save the game for Pakistan as bowlers failed to defend 331-total and ended up being whitewashed against England’s “C team”.