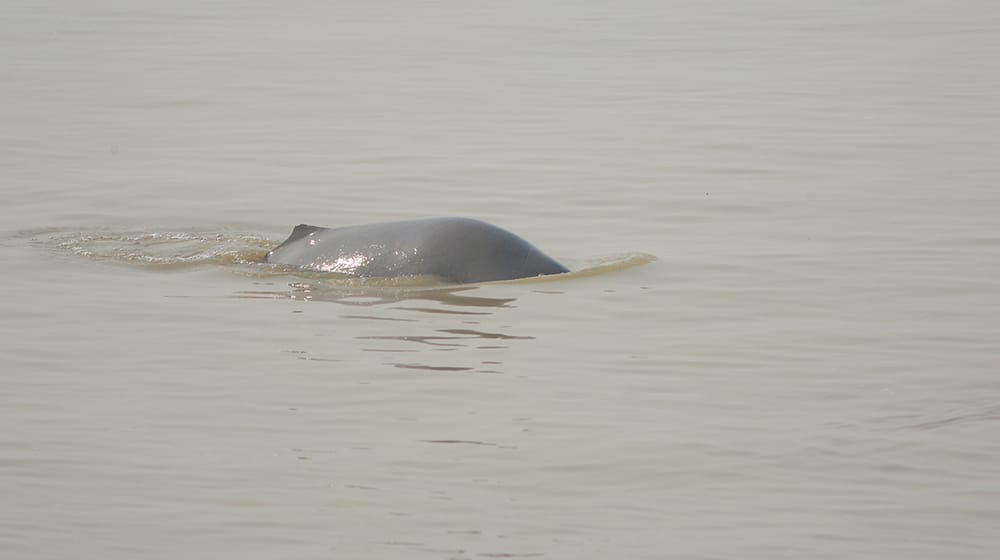 Freshwater dolphins are thriving in the ancient Indus River after numerous local fishermen had volunteered to help the rare species in December 2019.

The Sindh Wildlife Department has directed the local communities to call a hotline if a stranded dolphin is spotted anywhere along the riverbanks and arterial waterways of the Indus. The hotline is supported by a monitoring network of 100 volunteers and dozens of paid staffers who are just a call away from helping rescue the dolphin.

Most of the fishermen in the region engage in ‘poison fishing for poultry feed, and the World Wildlife Fund (WWF) for Nature has offered them loans of up to Rs. 1 million to establish alternative businesses.

Previous generations believed that dolphins were cursed creatures, possibly based on the fact that the animal has evolved to become functionally blind and depends on its sonar to search for food while navigating the muddy waters of the Indus.

While the dolphin’s features have changed over the last few decades due to the threats from human civilization, its numbers have increased because of the growing awareness among local fishermen who now practice safer and environment-friendly fishing methods.