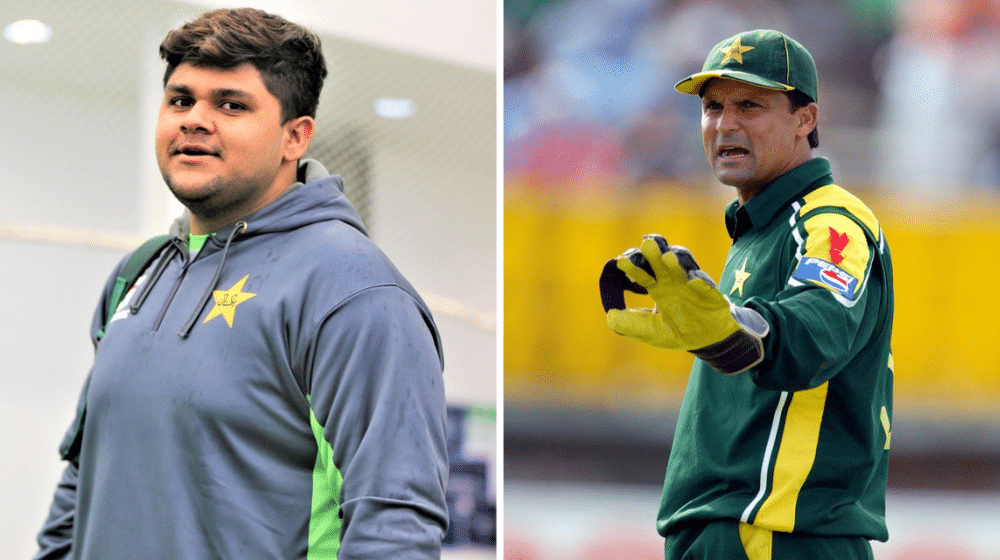 Young hard-hitting middle-order batsman, Azam Khan, made his highly anticipated debut for Pakistan in the first T20I against England. Azam could only manage to play three balls in his first outing, scoring 5* as Pakistan posted their highest ever T20I total.

Let’s have a look at all the Father and Son duo to represent the national team:

Moin Khan made his international debut in 1990 in an ODI against West Indies. He became the 79th player to represent Pakistan in an ODI and a few weeks later became the recipient of the 119th Test cap for Pakistan. He went onto play 69 Test matches and 219 ODIs in a career spanning 14 years.

Azam, who was surprisingly called up to the T20I squad for the tour of England and West Indies received a lot of backlash from the cricketing critics, as they believe that he is in the team due to nepotism.

Pakistan’s national team chief selector, Mohammad Wasim, brushed away the criticism and explained that Azam has been included in the shortest format due to his ability to hit sixes in the middle and death phase of the innings.

The 22-year old has played only 42 T20Is in his short career so far and his six-hitting ability is evident by the fact that he has struck 48 maximums in 41 innings he has batted, a six-hitting ratio of 1.17 per innings.