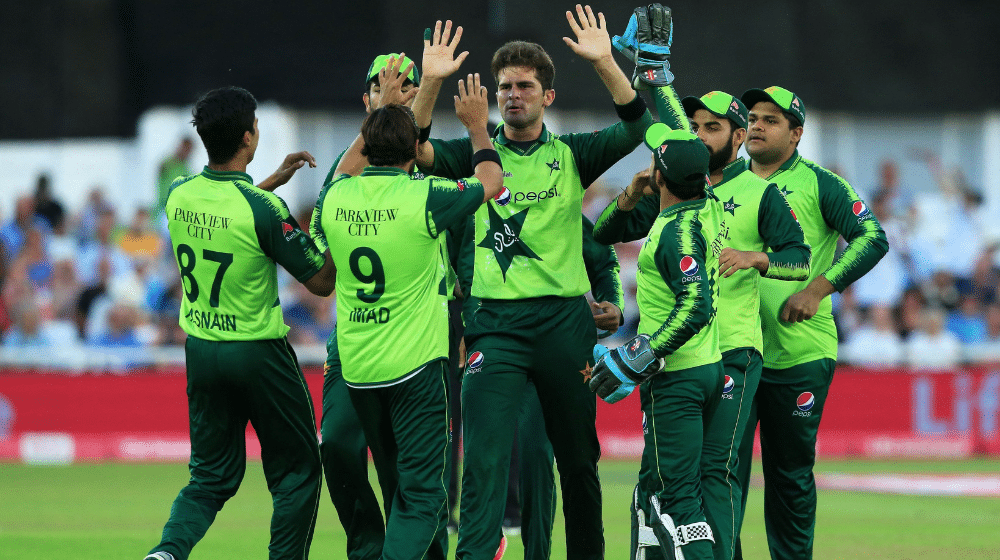 Pakistan registered their highest ever T20I score in the first match of the series against England. Pakistan batting unit took apart England’s bowlers and scored 232 for the loss of 6 wickets on a flat deck at Trent Bridge. Their previous highest T20I score was 205/1 scored against South Africa earlier this year.

England to Stick to Rotation Policy in Pakistan T20Is

Openers, Babar Azam and Mohammad Rizwan scored exceptional half-centuries to set the platform for the rest of the batting unit to go big. Middle-order batsmen, Sohaib Maqsood, Mohammad Hafeez, and Fakhar Zaman contributed to the scoreboard as they scored quick-fire 20 odd runs each, helping Pakistan to a daunting total of 232/6.

Pakistan also equaled their record of most sixes in an innings as they hit 12 huge maximums, Babar, Hafeez and Fakhar hit three sixes each, while Maqsood hit two and Rizwan hit one. Interestingly, Pakistan did not hit a six until the 11th over of the innings. This is only the third time in history that a team has struck more than 12 sixes after the tenth over of the innings.

Despite a heroic century by English middle-order batsman, Liam Livingstone, Pakistan managed to hold their nerve and registered a 31 run victory over the hosts. Fast bowler, Shaheen Afridi, and leg-spinner, Shadab Khan, picked up three wickets each as Pakistan’s bowling unit dismantled the opponents’ batting line-up.

Afridi was named as man of the match for his magnificent spell and his two crucial catches on the boundary line.