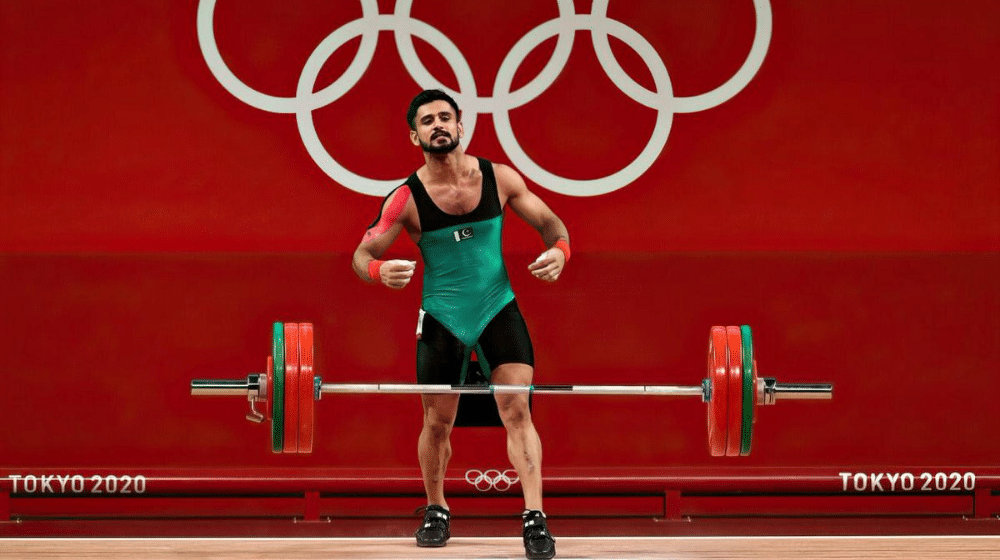 Talha Talib, the Pakistani weightlifter who excelled at the Tokyo Olympics has appealed to be regularized at his job in Water and Development Authority (WAPDA).

After arriving back in Pakistan, Talha Talib took to Twitter to thank the people of Pakistan for their support.

“This journey would not have been possible for me without prayers, I could not win a medal by just 2 kg,” said the Olympian, and vowed to perform even better the next time.

He also lamented that he has not been regularized by his department, nor has he received any promotion in three years.

“I haven’t received a promotion in three years. I should get one for a better future,” Talha said on Twitter.

Ministry of WAPDA now please regular me and also give promotions for my better future ! Its been 3 years i have no promotion from WAPDA ! Please notice ! @MoWP15 @Dasu_HPP #wapda https://t.co/qsAtLweIrC

The Gujranwala-born weightlifter was at the top of the chart before the final round. However, athletes from China, Colombia, and Italy surpassed him in the final attempts.

He lifted 150 kg in snatch, which is now a national record. He managed to lift 166 kg at clean and jerk in the second attempt while he lifted 170 kg in his third attempt to have his overall lift of 320 kg.