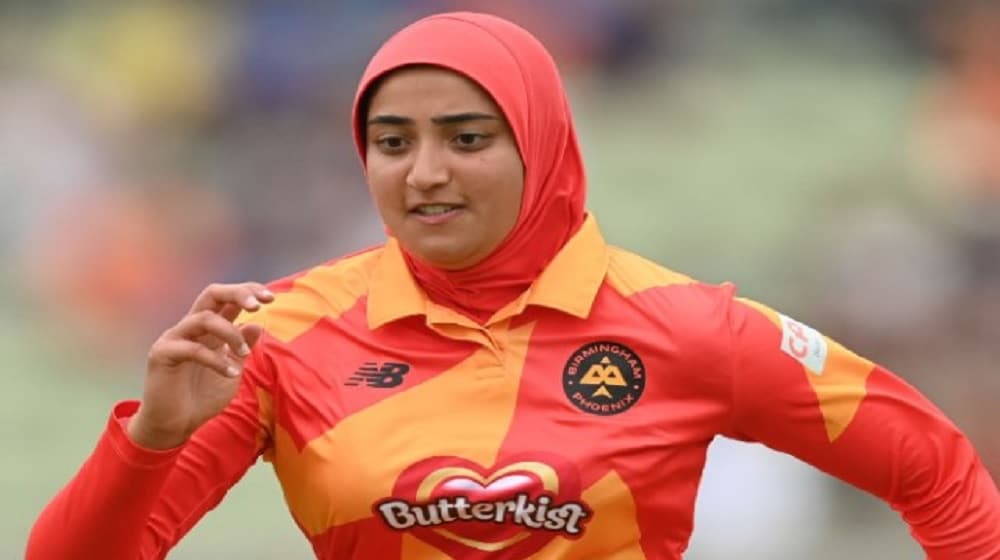 The 22-years-old leg-spinner broke stereotypes by bowling in a Hijab and setting an example for other Muslim women to not shy away from the sport due to their religious beliefs.

Abtaha came to bowl as the sixth bowler during the second innings, when her team was fighting to defend a modest total of 128/6 against London Spirit. She conceded only seven runs in five balls.

Despite London Spirit (Women) winning the match by 3 wickets, Abtaha became the talk of the town for her performance and her confidence.

Here is what people had to say on social media about this youngster:

Abtaha Maqsood a 22 year old from Scotland was bowling in Hijab for Birmingham Phoenix in #TheHundred pic.twitter.com/6Nzwjcfwef

People also appreciated the level of diversity and inclusion in the cricket league.

What a proud moment for #AbtahaMaqsood and her parents! #TheHundred – this is the level of inclusion we want for woman, especially British south Asian women! 🥰 pic.twitter.com/eRsQRGeUGz

Social media users called the youngster an inspiration for other young girls, which she surely is.