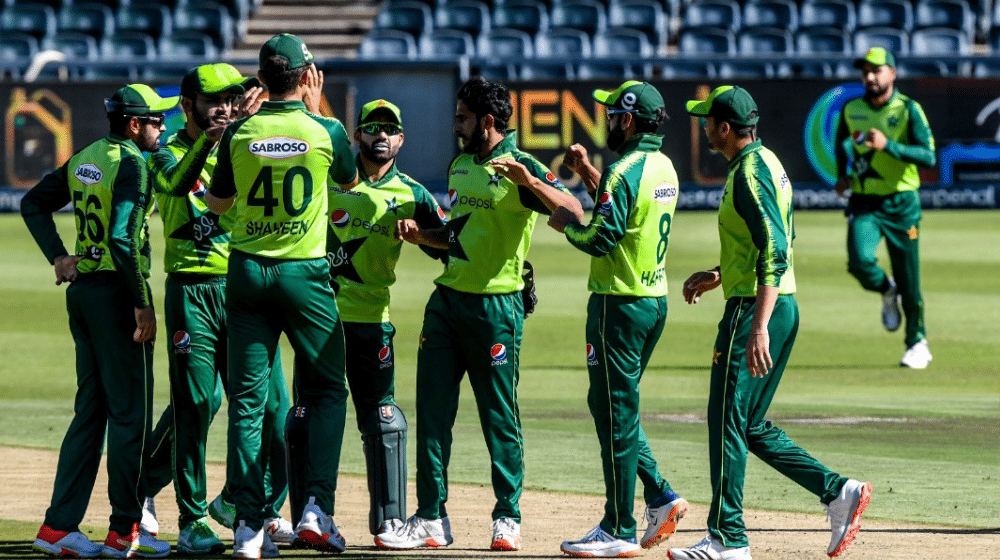 Pakistan cricket team has faced a lot of criticism for not adapting to the modern game, and many cricketing experts have claimed that Pakistan cricket is still stuck in the 90s.

Pakistan was known to take the attack to the opposition within the first fifteen overs, known as the powerplay overs in the modern game, with the likes of Shahid Afridi, Imran Nazir, and Saeed Anwar at the top of the order in the late 90s and early 2000s.

Pakistan’s batsmen bat at a run rate of 7.05 in the powerplay, which is the lowest among the top ten T20-playing nations. The likes of Ireland and Afghanistan are also ahead of Pakistan in terms of run rate in the first six overs.

Let’s have a look at the powerplay run rates of all the teams since 2016 World T20:

However, recently Pakistan’s batting line-up has fared much better. Pakistan has looked like a much better batting unit ever since wicket-keeper batsman, Mohammad Rizwan’s promotion to the top of the order.