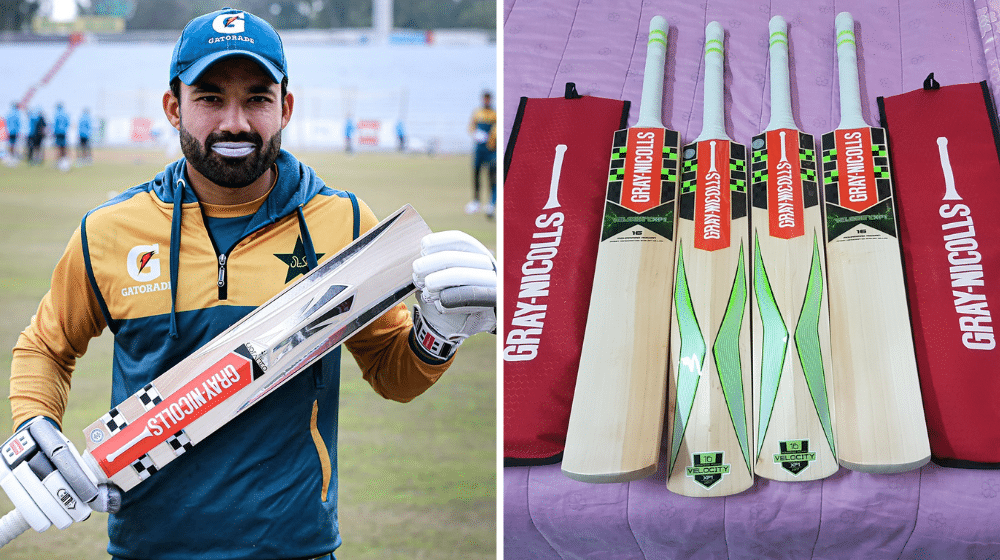 Pakistan’s wicket-keeper batsman, Mohammad Rizwan, is one of the most in-form players in world cricket currently. Rizwan is currently the highest scorer in T20Is in 2021 and his excellent form has catapulted him to the top ten batsmen rankings in T20Is.

The flamboyant wicket-keeper is also one of the many international cricketers who use Gray-Nicolls’ gear, one of the best cricket equipment and cricket clothing brand in the world. Rizwan revealed the reason behind using Gray-Nicolls bat in a video released by the company’s account on various social media platforms.

Rizwan said that many of the cricketers around the world have started using Gray-Nicolls bats due to their outstanding quality. He added that the wood and grains used in the bat are extremely helpful to the batsman and the bats can be customized according to the playing conditions.

The 29-year old said that he uses different bats according to the pitch conditions and venues. He revealed that he uses a bat with more wood at the bottom of the bat in Asian countries because the ball usually stays low, while he uses a bat with more wood in the middle part of the bat in countries such as Australia and New Zealand due to the bouncy pitches.

Rizwan said that the best quality of Gray-Nicolls is their ability to build bats according to the demands of a particular batsman. He also revealed that their other cricketing equipment such as their shoes are exceptional as well. He said that the shoes are extremely light, have a good grip, and are comparable to Nike or Adidas shoes.

Let @iMRizwanPak talk you through why he chooses Gray-Nicolls 🇵🇰⭐ pic.twitter.com/aUAKbu45Od