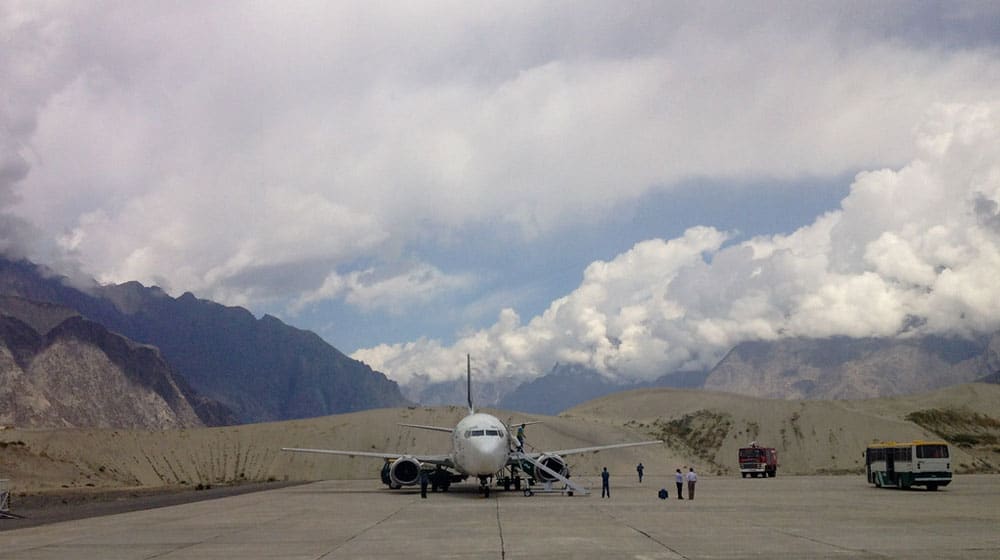 Private airlines will soon start direct flights for Skardu amid a surge in domestic tourism in Gilgit Baltistan (GB) during the current season.

The demand for air travel has witnessed a boom in the ongoing tourism season as thousands of people from all over the country turned up to see lush green valleys, picturesque meadows, gushing waterfalls, and snow-clad mountains of the region.

In order to cope with the surge in demand for air travel, the authorities concerned have begun to issue No Objection Certificates (NOCs) to private airlines.

Airblue was the first private airline to receive a NOC, confirmed Gilgit-Baltistan’s Minister for Tourism, Raja Nasir Ali Khan while talking to APP.

“Air Blue is likely to start flights for Skardu from mid of August,” he told the state-owned news agency, adding that the ‘North Air’ has also been awarded NOC recently to run its operations.

He vowed to facilitate other airlines as well.

“If any private airline wants to come to GB, we will extend full facilitation to them in this regard,” he remarked.

So far PIA is the only carrier operating multiple flights to and from Skardu. The national carrier operates three direct flights from Lahore and Karachi, two each from Faisalabad and Sialkot, and one from Multan and Islamabad.