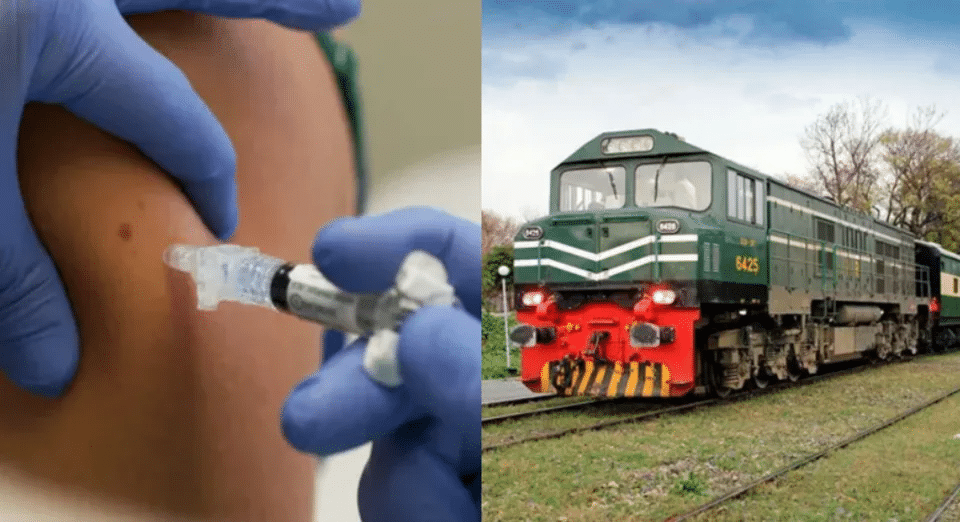 The National Command and Operation Center (NCOC) has announced that unvaccinated individuals will be prohibited from traveling on trains, and has directed the provinces to ensure that the standard operating procedures (SOPs) are followed.

The NCOC held a meeting on Monday in which its head, Minister Asad Umar, expressed concerns over the rising number of COVID-19 cases in Rawalpindi and Peshawar, and decided to ban unvaccinated individuals from commuting via trains from 1 October onwards.

The NCOC lauded the efforts of the provincial administrations and told them to take the necessary steps in order to ensure compliance with the SOPs during the month of Muharram.

It also stressed the need to ramp up the inoculation process. It was reported during the meeting that 29 million people have received their first dose of the coronavirus vaccine while only seven million have been fully vaccinated. It was noted that some people are being denied their second doses as they have not received the authorization codes for it.

The Special Assistant to the Prime Minister (SAPM) on Health, Dr. Faisal Sultan, stated on Monday that people should not wait for the code and get their second dose of COVID vaccine themselves. “As soon as the second dose becomes due, people should go for inoculation even if they do not have the code,” he said.

Fake News Alert: Sinopharm COVID-19 Vaccine is Safe for Use

Pakistan has received over one million COVID-19 antigen Rapid Diagnostic Test (RDT) kits from America through the U.S. Agency for International Development (USAID).

Dr. Sultan said, “We are thankful to USAID for donating these rapid antigen tests,” and added that the gesture is a reflection of the warm ties between the countries.

USAID Mission Director, Julie Koenen, said, “These RDTs will serve Pakistan’s needs of quick surveillance and diagnosis and restrict the spread of COVID-19 to its lowest levels”.