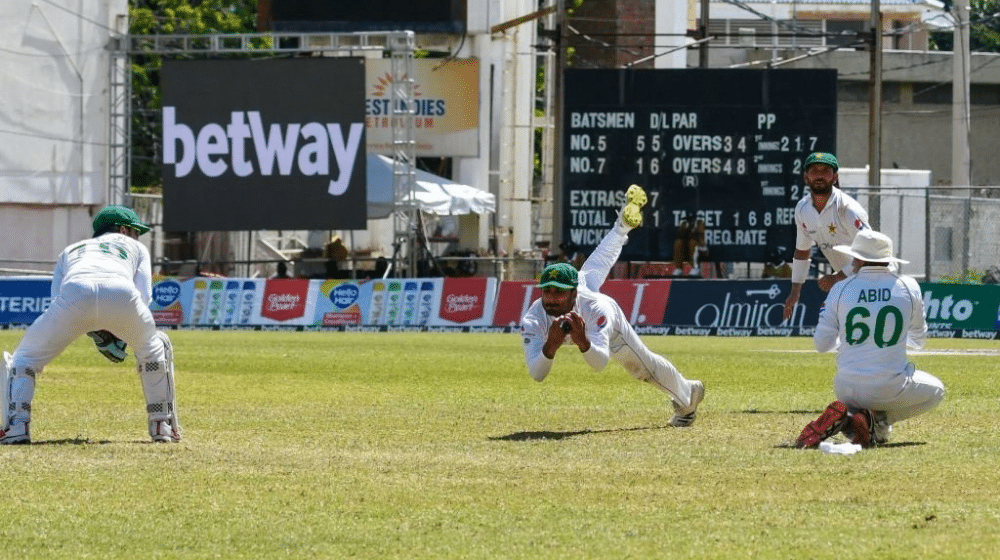 Pakistan’s Test opener, Imran Butt has had a less than impressive start to his Test career as a batsman. He has scored only 140 runs at an average of 17.50 in the five matches he has played so far in his career. He just has a solitary half-century to his name thus far. His batting numbers have been torrid but he has been garnering praise for his amazing slip fielding.

His slip catching has been magnificent and the cricketing fraternity has labeled him as one of the finest slip fielders in Pakistan’s history already. He has taken 15 catches in 5 matches, and only two players have achieved the feat in 144 years history of Test cricket. Previously, Australian cricketer, Jack Gregory, who made his debut in 1920, was the only cricketer in the world to take 15 catches in 5 Tests.

Butt took four catches, including one extraordinary catch, in the first Test between Pakistan and West Indies. Despite his best efforts, Pakistan were unable to defend their target of 168 as they agonizingly lost the match by just one wicket.

The 25-year old’s sensational effort left the cricketing fraternity in awe as they appreciated his brilliant effort across various social media platforms.

Let’s have a look at some of the best social media reactions:

Say whatever you want regarding Imran Butt's batting performance, but this guy is winning us games through his catching at slips since his debut. Haven't seen a better catcher at slips than Imran in our team. That was an absolute stunning catch! 💚#PAKvWI pic.twitter.com/WwVhFha8gz

Imran Butt is one of the best slip fielders ever from Pakistan and this match is moving into a thriller as West Indies need 57 with 4 wickets in hand. #WIvPAK pic.twitter.com/6B8R9Zg2jv

Imran Butt can stay in the team for his slip fielding. That is that.

Would drop every player before I drop Imran butt from this squad – just for his slip fielding alone.#WIvPAK pic.twitter.com/FwJBZ85fZb

You can not drop Imran Butt when you've got no slip fielder on the bench as good as Imran. #WIvPAK

It's Imran Butt's world. We just live in it. Another stunner 👏👏👏 #WIvPAK