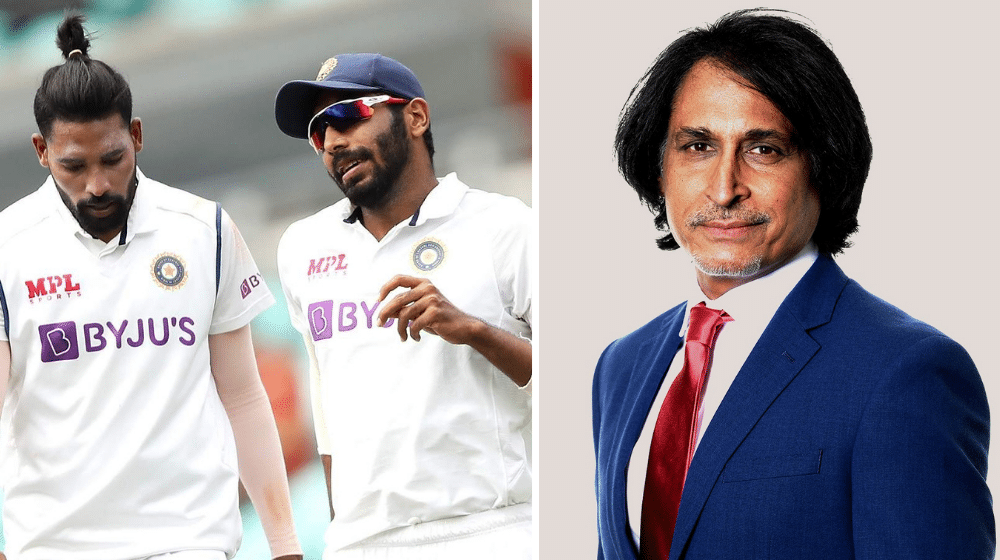 Former Pakistan captain and current commentator, Ramiz Raja lauded India’s Test pace attack and labeled it as the best in the world after their exceptional performance in the second Test match against England. India’s pace attack dismantled the English batting unit on the final day of the Test match and handed India a 151 run victory to go 1-0 up in the five-match series.

Will Pakistan vs Afghanistan Series Go Ahead After Taliban Takeover?

Ramiz said that India’s aggressive attitude right from the start of the match meant they wanted to win the match more than the opposition. He praised the Indian players for their magnificent performance and hailed the young Indian pace attack.

“There’s no better bowling attack than India’s at the moment in Test cricket. There were times when India used to dominate with their spin bowling, but those days are gone now. Shami played his career-best knock with the bat. Siraj has a lot of hunger just like Virat Kohli. Whenever he gets the ball in his hand, he changes the game upside down. He made a good name in Test cricket very early in his career,” Ramiz said.

Former opener added that India’s tactics on the last day made the win possible for them and to bowl out the opposition in the last two sessions of the Test match is a remarkable achievement.

The third Test match between the two teams is scheduled to commence from 25 August at Headingley.