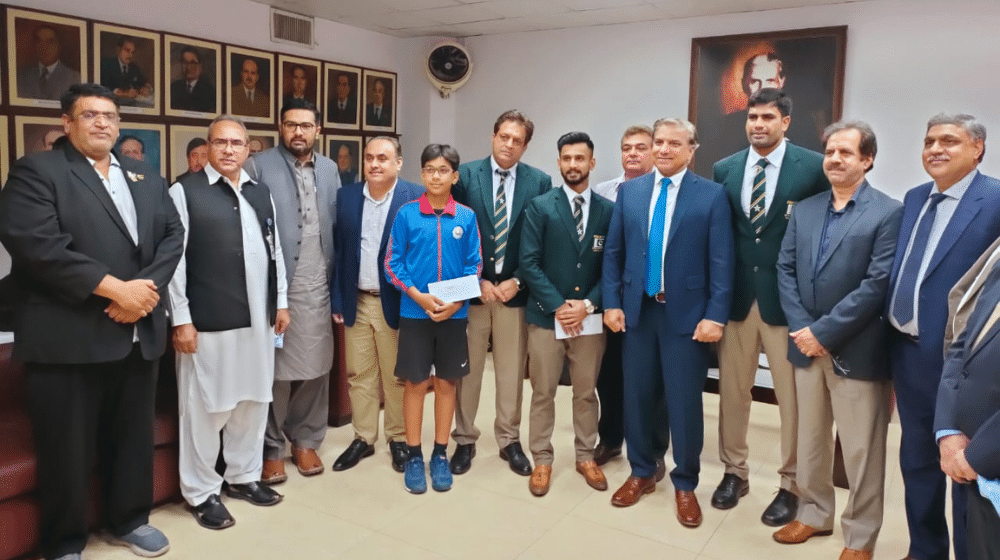 Did Samar Khan Really Reach K2 Base on a Cycle?

Both Talha and Arshad exceeded expectations as they finished fifth in Weight-lifting and Javelin Throw competitions, respectively. Both the athletes received a hero’s welcome on their return to the country, and both have vowed to improve their performances even further in the future.

Talha and Arshad were awarded the prize money during a ceremony held at WAPDA House on Monday. WAPDA Chairman and WAPDA Sports Board (WSB) Patron-in-Chief, Lt Gen (r) Muzammil Hussain, presented the awards to the athletes. Arshad Nadeem’s coach, Fayyaz Bukhari, was also presented with a cash award of Rs. 50,000 during the ceremony.

WAPDA Chairman lauded the magnificent performance of the athletes and expressed his hope that the athletes will win gold medals in future events. He emphasized the importance of sports in today’s world and vowed to play his part in improving the sports culture in the country.

He said that sports have a big part to play in resolving the issues of the country, and athletes should be provided with top-notch facilities and infrastructure so that they can make the country proud at the international stage.