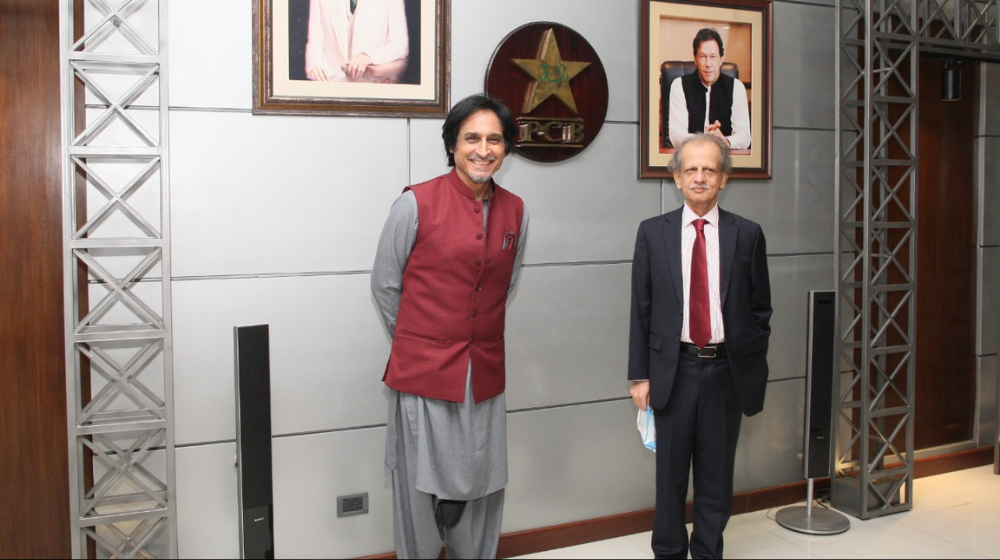 Former opener, Ramiz Raja has officially been announced as Pakistan Cricket Board’s (PCB) chairman. Ramiz is the 36th chairman in PCB’s history and is only the fourth former international cricketer to assume the role.

Ramiz was elected unanimously and unopposed in a special meeting headed by PCB Election Commissioner, Justice (retd) Sheikh Azmat Saeed, and has been elected as PCB chairman for a period of three years.

The World Cup winner thanked board members for electing him as PCB chairman. He said, “I am thankful to all of you for electing me as the PCB Chairman and look forward to working with you to ensure Pakistan cricket continues to thrive and grow stronger, both on and off-the-field.”

“One of my key focuses will be to help introduce in the Pakistan men’s cricket team the same culture, mind-set, attitude and approach that once made Pakistan one of the most feared cricket playing nations,” he added.

Ramiz is expected to hold a press conference shortly to address his appointment as chairman of the PCB.