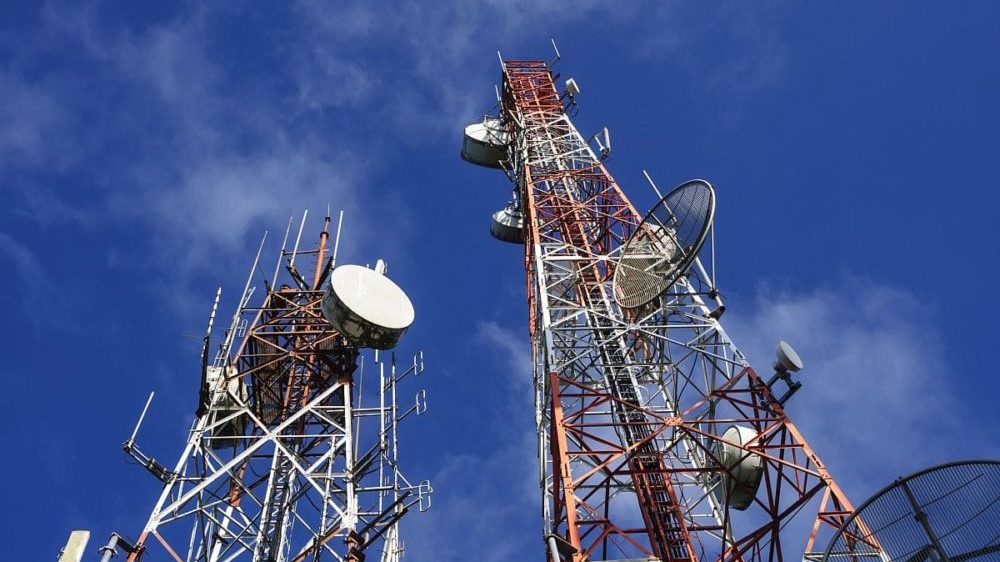 The revenues of the telecom industry of Pakistan reached a staggering Rs. 630.4 billion during 2020-21, up by almost 20 percent from the Rs. 537 billion revenue that was reported during 2019-20, as revealed by the Director General of the Commercial Affairs Division at the Pakistan Telecommunication Authority, Arif Sargana, during a press briefing.

The revenues for the four mobile operators reached Rs. 461 billion during 2021-21, up from Rs. 424 billion in revenues during 2019-20, showing growth of nine percent year-on-year (YoY) as compared to the previous year. 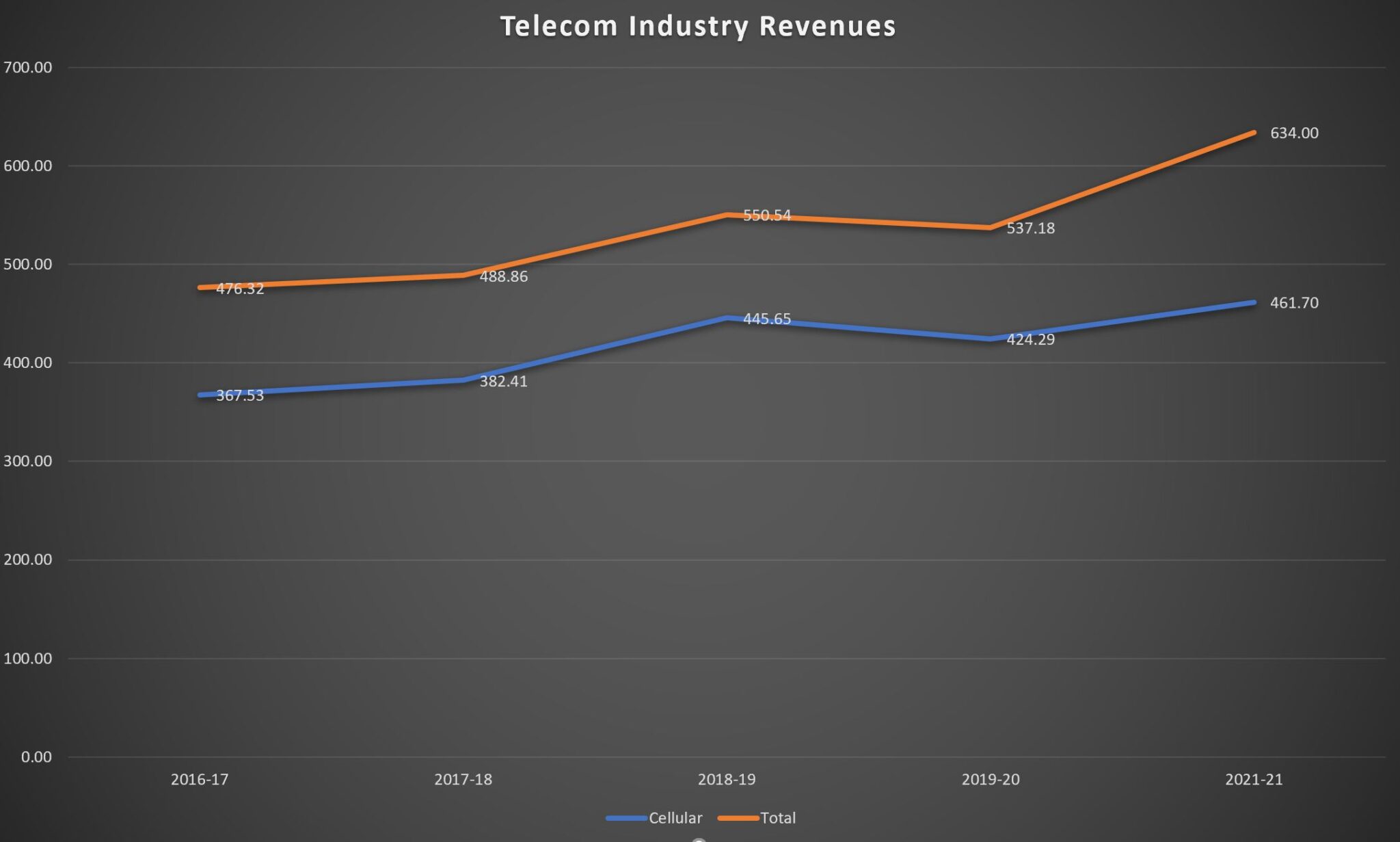 This essentially means that the growth in the revenues is mainly due to the growth of the subscribers, and hence, room for an increase in the ARPUs is yet to be materialized. It will be interesting to see how the operators plan to convert users to data services to enhance their ARPUs that are currently at an industry average of Rs. 225 per user per month.

While there was good growth in the numbers in the data revenues of the operators during the last four years, and in the data usage, the unique number of broadband subscribers in Pakistan evidently stands at 61-72 million users (if the multiple SIM holders are factored in), which means that the number of mobile broadband subscribers will keep growing for another four to five years.

It is also noteworthy that the smartphone users registered on all the networks currently constitute 51 percent of all the subscribers in the country, hinting that internet penetration will keep growing in Pakistan.

For reference, here is the data usage pattern of the Pakistani internet users: 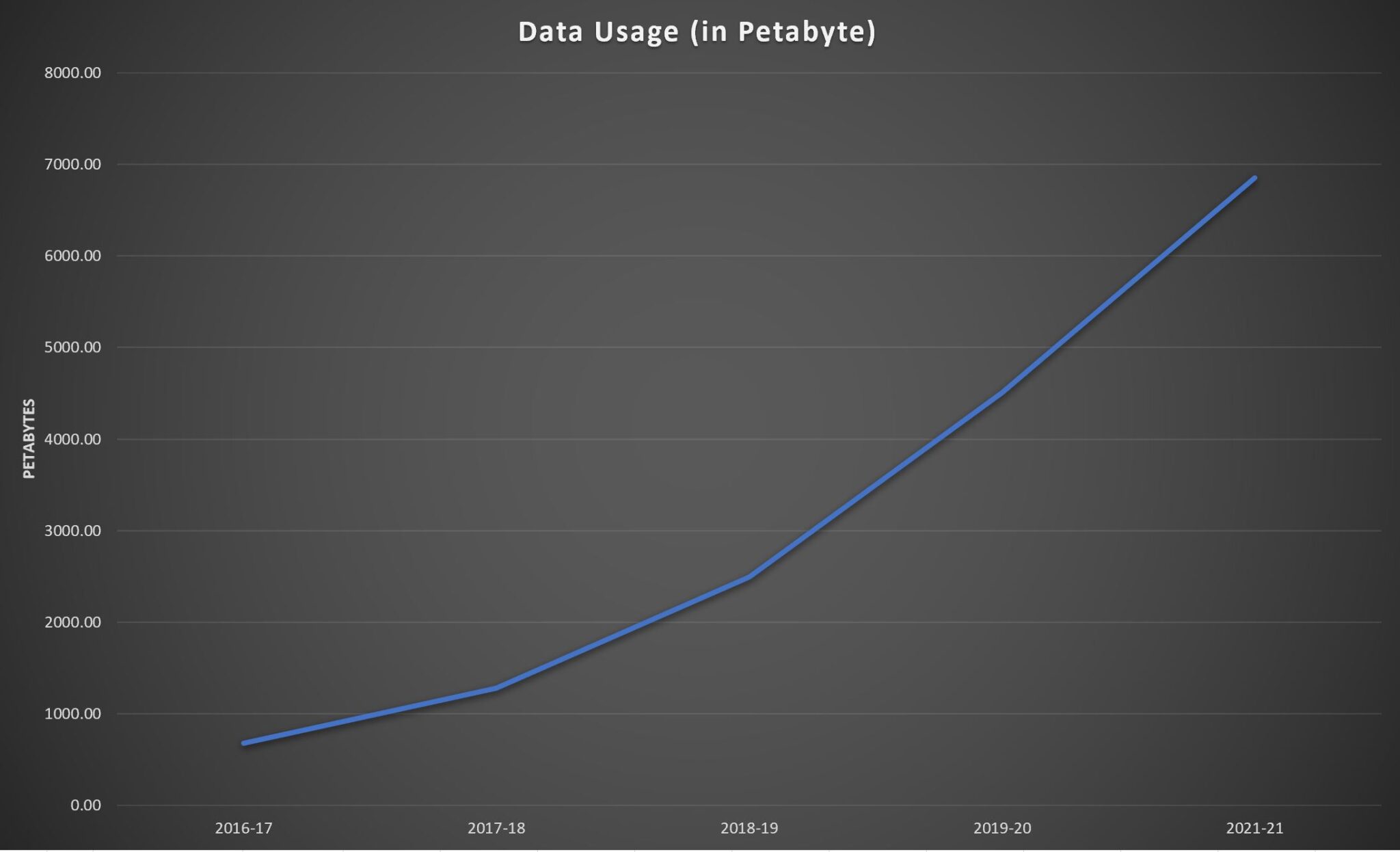 Here are some more interesting calculations:

The following are some more interesting statistics that the DG Commercial Affairs revealed: