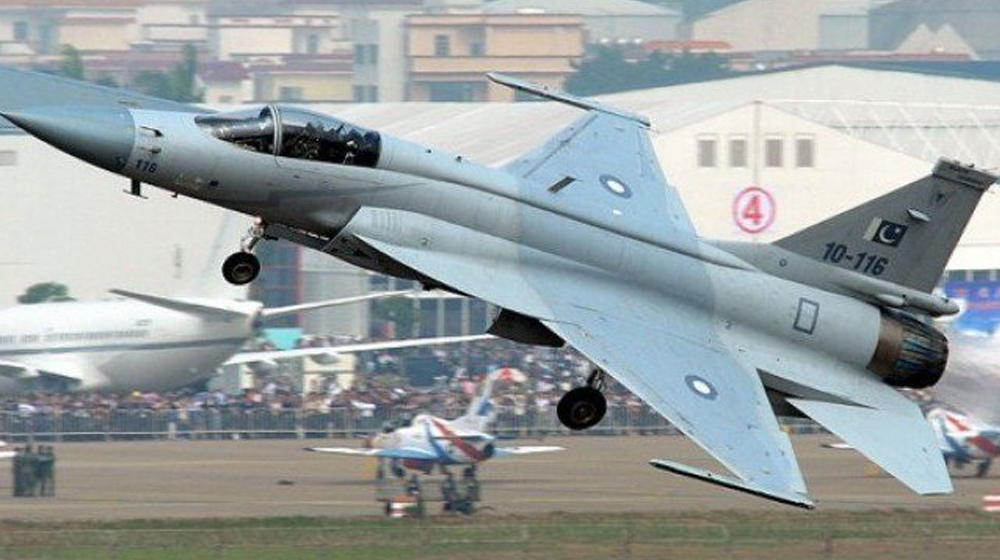 Argentina has officially earmarked $664 million in its next year’s budget for the purchase of 12 JF-17 Block-III fighter jets from Pakistan.

Last year in December, it was first reported that Argentina was considering purchasing JF-17 Thunder aircraft from Pakistan to consolidate its defensive capabilities.

Initially, Argentine Air Force (AAF) had signed an agreement with the South Korean aerospace company, KAI, for the procurement of 12 FA-50 fighter jets.

However, South Korea revoked the deal after it succumbed to the diplomatic pressure of the United Kingdom (UK), which is Argentina’s geopolitical rival.

Ties between the UK and Argentina have been strained since the 1980s after the latter invaded British Overseas Territories (BOTS), namely the Falkland Islands and its territorial dependency, South Georgia, and the South Sandwich Islands, in 1982. The move resulted in the 10-week long undeclared Falklands War that ended with a British victory.

Defense experts are of the view that the acquisition of JF-17 Block-III fighter jets by the AAF could have huge political and military ramifications for the UK next to the Falkland Islands and the South Sandwich Islands.

The JF-17 has a top speed of Mach 2.0, a service ceiling of over 55,000 feet, and a newer and much more powerful engine than its predecessors.