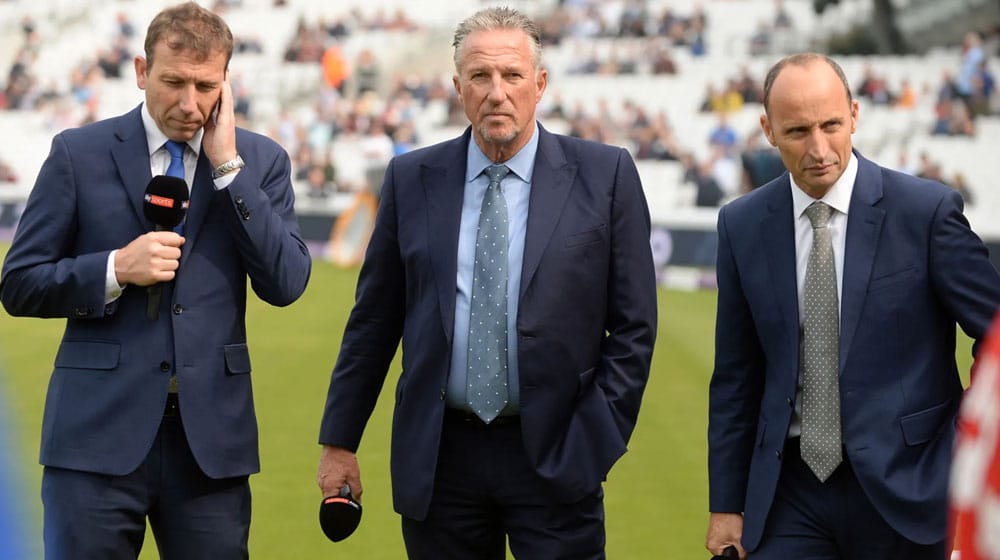 Former England captain, Mike Atherton, has criticized England and Wales Cricket Board (ECB) for their decision to withdraw men’s and women’s cricket teams from the Pakistan tour.

However, following the abrupt pullout by New Zealand, the ECB also called off the tour, citing players’ mental fatigue and tiredness from ‘restricted COVID-19 environments’

The decision attracted a sharp reaction, not only from Pakistan but also from former England players. Mike Atherton was one of them.

In his exclusive piece for The Times, Atherton said, “England have failed to repay their debt – they owe to Pakistan.”

While security advice could have been a better excuse, Atherton said pulling out of a tour citing COVID fatigue reflects ECB’s fragile memory. He said Pakistan went out of the way to tour England at the height of the pandemic only to save the professional game from financial catastrophe.

“At the time of Pakistan’s arrival last year, COVID death rates in this country were the third highest in the world, more than 150 times the rate in Pakistan. Still, Pakistan came, keeping who knows how many professional cricketers and support staff in their jobs.”

England have failed to repay debt they owe to Pakistan. Comment in ⁦@TimesSport⁩https://t.co/GCdUvmqamA

The former cricketer-turned-commentator conceded that Pakistan has every right to be angry over ECB’s betrayal.

“The sense of anger and betrayal in Pakistan is real and understandable. Ramiz Raja, the new chairman of the Pakistan Cricket Board, is a former cricketer rather than an administrator, and therefore, talks a player’s language. He has been refreshingly blunt and has talked of learning a harsh lesson where England are concerned.”

Disappointed with England, pulling out of their commitment & failing a member of their Cricket fraternity when it needed it most. Survive we will inshallah. A wake up call for Pak team to become the best team in the world for teams to line up to play them without making excuses.

Atherton said that the Pakistan cricket board is making contingency plans around England’s planned tour next year.

“They do not expect England to travel, despite the commitment, and have lost any trust and faith in them. It is hard to blame them,” he added.