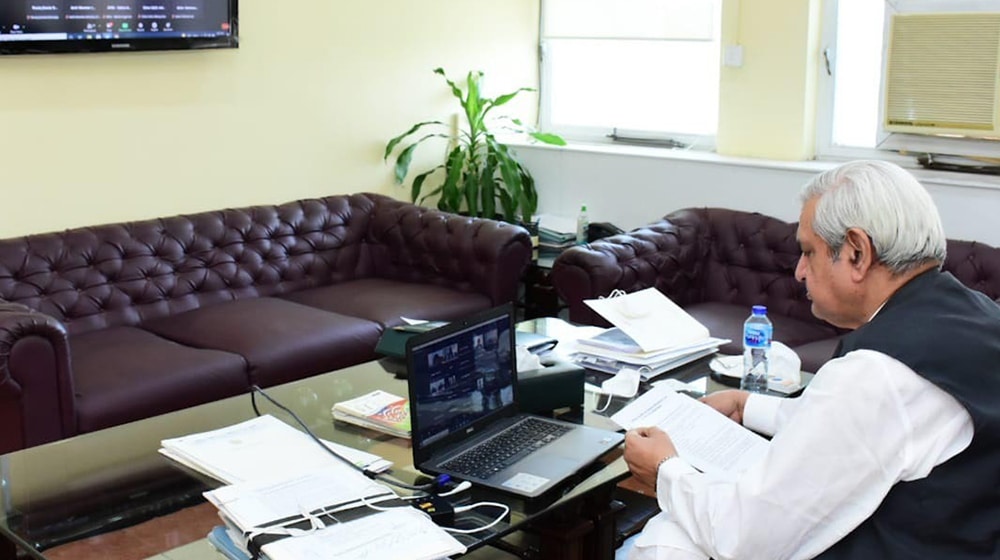 The event was attended by the vice-chancellors (VCs) of numerous universities, senior officials from the Chinese Embassy in Islamabad, scientists from universities and research organizations, and representatives of the Chambers of Commerce and Industry.

Minister Imam said that this workshop is relatively less focused on ‘Tropical Agriculture’, particularly keeping in view the huge import bill of around $3 billion of palm oil in Pakistan.

He remarked that Pakistan and China enjoy all-weather and time-tested brotherly relations that are constantly on an ascending trajectory and are gaining strength.

He said there is a huge potential for bilateral cooperation in production, processing, and the value addition of tropical fruits such as bananas, coconuts, papayas, and pineapples; tropical oil crops such as oil palm, and tropical biofuel crops such as King Grass.

Minister Imam was also optimistic about having enhanced G2G cooperation and joint ventures between private companies to enhance agricultural output and the value addition of agricultural products for the mutual benefit of both countries.

He told that Pakistan thanked the Chinese Academy of Tropical Agricultural Sciences (CATAS) and the Chinese government for sharing King Grass germplasm and production technology, which is a promising technology for the production of biomass fuel, and also for executing the project ‘Tropical Economic Palm Production Technology in Pakistan’.

Minister Imam said that he believed that these initiatives will contribute to the fulfillment of Pakistan’s food and energy requirements and the overall development of Tropical Agriculture in Pakistan.

He thanked the organizers that included the Chinese Embassy in Islamabad, the Chinese Academy of Tropical Agricultural Sciences, and the University of Agriculture, Faisalabad, for successfully organizing the event.