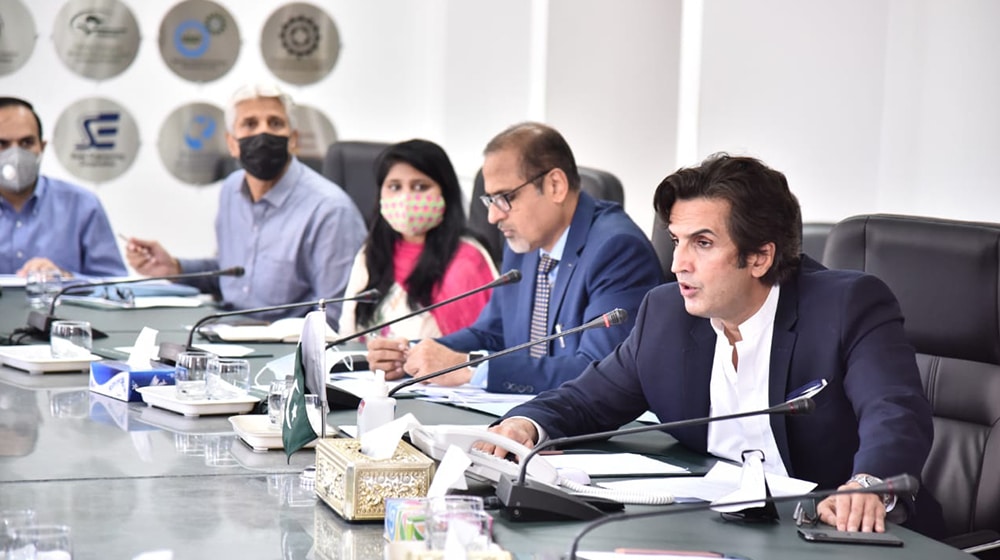 Federal Minister for Industries and Production Makhdum Khusro Bakhtiar has directed the Small and Medium Enterprises Development Authority (SMEDA) and provincial departments concerned to finalize the new SME policy in the light of Prime Minister Imran Khan’s vision to promote cross-sectoral small businesses across the country.

Speaking at a meeting of the National Coordination Committee, held with Mr. Bakhtiar in the chair on Thursday to deliberate on the framework of the proposed National SME policy, he said the government was working on a comprehensive policy for cross-sectoral development of SMEs, particularly export-oriented businesses in the country.

The Minister said the development of SMEs was imperative for sustainable economic growth in the country. He highlighted that the government was focusing on enhancing credit-financing to tax filer SMEs as well as increasing credit limit to collateral asset-owning enterprises for expansion of existing businesses. He said the new policy would focus on the enlargement of bandwidth of micro-financing and the venture investment for SMEs with the help of international donors.

Mr. Bakhtiar noted that the new SME policy would outline incentives for women-oriented businesses, thus reducing the gender gap in financial inclusion by mainstreaming the role of women in the economy. He said his Ministry would allot land to SMEs on a rental-lease model in the Special Economic Zones. He called for a specialized lending scheme for the garment sector and IT-enabled services within the purview of the SME policy.

Mr. Jawwad Raffique Malik, Secretary Industries and Production, along with senior officials of the Ministry, and Mr. Hashim Raza, CEO SMEDA, were also present in the meeting. Chief Secretary Punjab Mr. Kamran Afzal, representatives of the State Bank of Pakistan, Board of Investment, Ministry of Finance, and provincial departments also participated in the meeting.