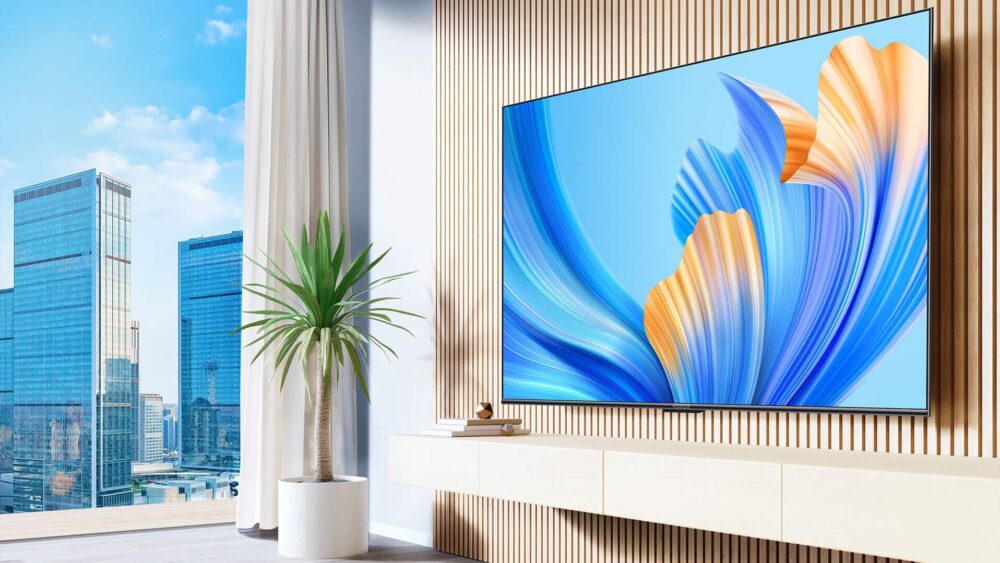 Chinese phone maker Honor recently hosted an Honor Smart Life event in China where it announced a variety of new products including a new range of Smart TVs. The Honor Vision X2 smart TVs have just been launched as some of the cheapest smart TVs to date.

Honor Vision X2 comes in three different sizes including 43-inch, 55-inch, and 65-inch. All of these models have 4K screens that cover 92% of the DCI-P3 color gamut. This is a 25% improvement over the last generation.

The screen supports HDR10 with anti-aliasing optimization, NR noise reduction, and a few other functions. It has also been certified by Germany’s Rheinland for low blue light emissions and no flickers. There are several features onboard including smart far-field voice control, multi-screen collaboration, multi-terminal collaboration, a low latency mode for gaming, and more.

The TV comes with built-in support for four major video platforms, but Honor did not specify which. It will likely be YouTube, Netflix, Amazon Prime Video, or Disney+.

As for hardware, the TV packs a MediaTek chipset with four Cortex-A53 cores and a Mali-G52 MC1 graphics processor. There is also 2GB RAM and 16GB built-in storage available. It boots the company’s own Magic UI which Honor says should provide ” an immersive and ultimate user experience”. It is unclear whether it is based on Android or Harmony OS.

It can connect via dual-band WiFi (2.4GHz and 5GHz) as well as two USB A ports, multiple HDMI ports, and RJ-45 input. It has Honor’s self-developed Cast + Projection protocol that can reduce projection delay by 60%.