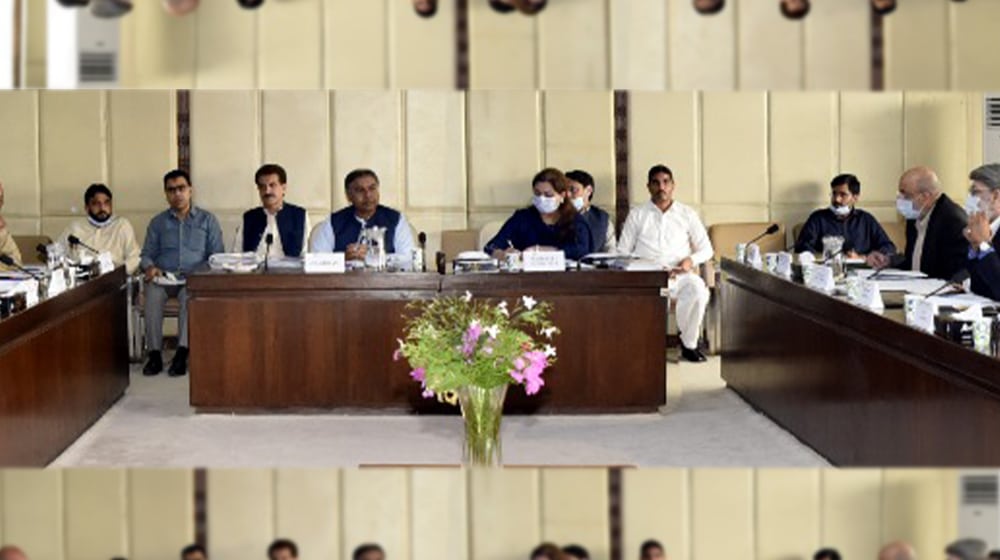 Senate Standing Committee on Power has sought details regarding the shutting down of GENCO power plants on the direction of the cabinet committee on energy (CCoE), the installation cost of these GENCOs, and future strategy.

The Senate Standing Committee on Power that met under the chairmanship of Senator Saifullah Abro, directed to present the names of all those people who have served on the Boards of GENCOs since 2000 and also the report of the losses incurred by these GENCOs.

The committee took notice of the meetings already held on the issues of GENCOs, and it was informed by the authorities that the objectives for which the GENCOs holding company was formed could not be achieved. At the committee meeting, MD Genco said that Genco Holding Company came into existence in 2012.

CEO GENCO briefed in detail on all issues regarding the closure of the power plants as per the decision of the Cabinet Committee on Power. The government had closed SPS Faisalabad, GTPS Faisalabad, FBC Ladkhara, EGPS Peran Ghaib Multan, and GTPS Shadra. The current capacity of these power plants is 1796 MW.

CEO GENCO Holding Company said that the performance of new power plants is better than the old ones. The closure of TPS Quetta was questioned by the committee members.

According to the CEO, TPS Quetta is currently closed, and the plant was set up by the Mitsubishi Company in the 1980s. Committee members raised questions about giving additional charges to CEO GENCO-II. Secretary Power told the committee that the charge of CEO GENCO-II and GENCO-III had been given because other CEO faced allegations of serious shortcomings. Due to allegations, they had been removed from office. An independent inquiry committee has been set up to look into the matter.

Chairman Committee Senator Saifullah Abro, while issuing instructions regarding the closure of power plants, said that a detailed report on the installation cost of these plants and future strategy should be presented in the next meeting.

Additional Secretary Power informed the committee that these companies are being monitored by a regulatory body, NEPRA. Everything has a working period, after which its performance starts declining, and it becomes difficult to get positive results. The government decided to close these power public sector companies.

At the committee meeting, the chairman of NEPRA informed the committee that NEPRA was formed in 1997. All previous contracts in the power sector were done in dollars.

Tauseef Farooqi said that “Now we are not taking projects based on imported fuel.” NEPRA is a regulatory body whose job is to deal fairly with all power sector companies, he added.

Issuing a directive on behalf of the committee for eradication of Kunda culture, Chairman Committee Senator Saifullah Abro said that the ministry should bind all the relevant discos and eliminate Kunda culture, and fix the recovery system to reduce circular debt.

Chairman committee raised questions about how many technical officials were prosecuted in the January blackout incident? Power division officials informed that the inquiry report revealed that the plant was not repaired by the authorities. The committee sought details regarding power plants to be shut down on the direction of the cabinet committee on energy (CCoE).

NEPRA Chairman, Tauseef Farooqi, said that Power plants could operate for 20 years instead of 40 due to lack of repairs. Instead of shutting down power plants, there should be an option for their rehabilitation, Chairman Committee Saifullah Abro said. The regulator has asked the government to bring a plan for the rehabilitation of Power Plants, but so far, no progress has been made, Chairman NEPRA said. It is not possible that the government will not bring the rehabilitation plan, and NEPRA will hold the license for new plants, Tauseef.H.Farooqi added.

If we go deeper into the closure of plants, it looks like a big scandal said, Senator Talha Mahmood.

Before the plant was shut down, its previous year’s performance is being evaluated, Chairman NEPRA said. The Chairman of the committee said that these companies are national assets and should not be closed.

Chairman NEPRA said that the issue is not power shortage as the country has surplus power, informing that “we have 37000 to 38 000 MW plants,”.

The committee was informed that Rs. 900 billion is being paid to IPPs in capacity payments.

The Chairman of the committee said it is strange that the government doesn’t have Rs. 5 billion to pay the salaries of the GENCOs employees but is paying Rs. 900 billion as capacity payments to IPPs.