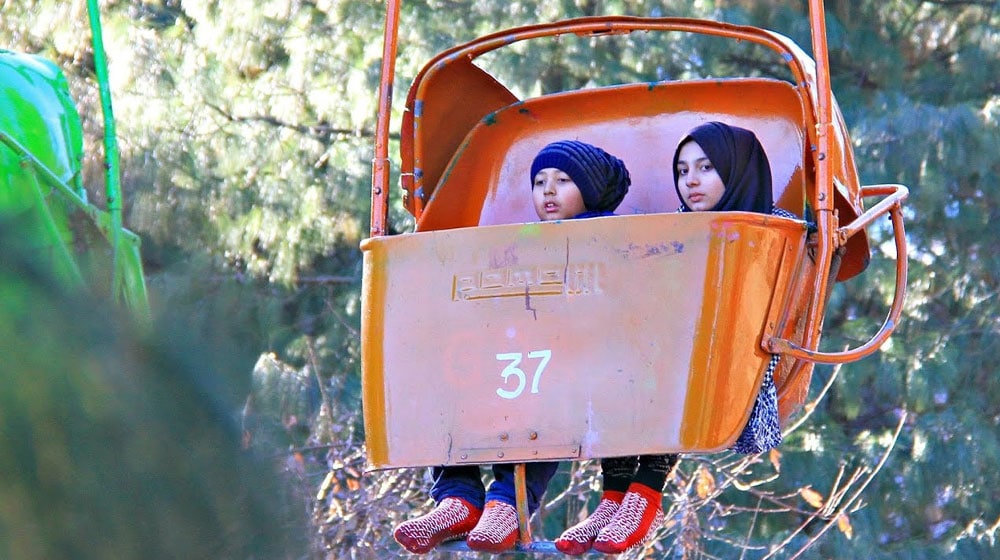 The controversy surrounding the Ayubia chairlift has got uglier as Dunga Gali Police has filed a criminal case against Chairman Sardar Sabir and members of Galiyat Tahafuz Movement (GTM) on the written complaint of Galiyat Development Authority (GDA).

Anticipating the GDA move, the Chairman and members of GTM, a community-based social organization, have already obtained pre-arrest bails from a local court.

After obtaining the pre-arrest bails on Thursday, the GTM members met with the Chairman and devised a comprehensive strategy to oppose GDA at every legal forum against the long-term lease of 110 kanals of land of the local forest to a private company for restoring the Ayubia chairlift.

The meeting was also attended by local senior lawyers, elders, journalists, and political figures who discussed the environmental challenges Galiyat could face in case the private company builds skyscrapers and cuts down the trees of the area.

According to details, Assistant Director (AD) Admin GDA filed a written complaint against the Chairman and other members of GTM in Dunga Gali Police Station.

The AD Admin GDA contended that all of the accused people forcibly opened the doors of the Ayubia chairlift and entered its premises and coerced the GDA staff deployed there. They also instigated the locals against GDA by posting misinformation on different social media platforms.

How Did it Start?

It all started when GDA awarded 110 kanals of land of the local forest to a private company, Monal Group, on a 40-year lease for restoring the Ayubia chairlift.

However, locals spurred on by GTM moved to Abbottabad bench of Peshawar High Court (PHC) against GDA’s move and got a stay order against GDA’s decision.

They argued that 60 out of the 110 kanals of land leased to the Monal Group falls under the jurisdiction of Ayubia National Park and it cannot be leased out because the country’s environmental laws proscribe construction and business activities in national parks.

Notwithstanding the stay order of PHC’s Abbottabad bench, the GDA shut down the Ayubia chairlift on 1 October.

In response, the Abbottabad bench issued contempt notices to GDA for closing the chairlift in violation of the stay order.

When the Abbottabad bench asked about the rationale behind shutting down the chairlift, the GDA’s counsel argued that an Austrian expert had identified safety deficiencies in the chairlift and declared it unsafe.

In light of the report by the Austrian expert, GDA repeatedly asked the current operator of the Ayubia chairlift to address the safety deficiencies in the chairlift.

However, the contractor denied every request of GDA regarding the safety issues. As a result, the GDA was forced to close operations of the Ayubia chairlift.

The Ayubia chairlift is situated on the ridge of alpine forests and was constructed at Ghora Daka in the early 1960s. It includes manually operated chairlifts comprised of 55 two-seater units and is a popular tourist attraction.

The existing chairlift was leased out in 1963, which expired 27 years ago in 1994. The chairlift has been in shambles for well over a decade and requires immediate attention.

In 2019, WPK International Cooperation had declared the Ayubia chairlift as extremely dangerous for use by the public.

This is why GDA wanted to replace it with a new state-of-the-art chairlift on the same track and granted a long-term lease to Monal group.