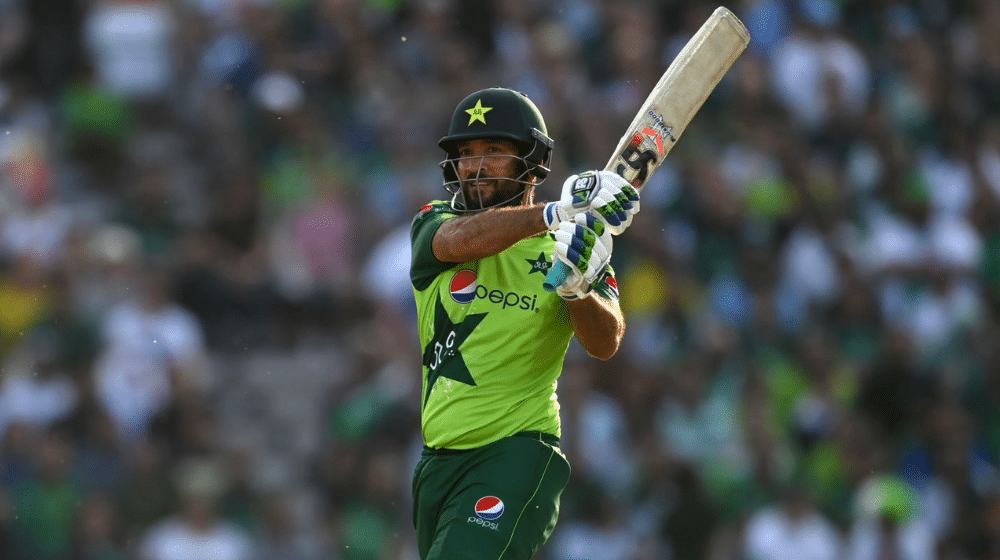 Pakistan middle-order batter, Sohaib Maqsood’s involvement in the upcoming T20 World Cup is in doubt after suffering from a back injury. Sohaib did not participate in Southern Punjab’s match against Central Punjab on Thursday after complaining about a back injury.

According to sources, Sohaib will get an MRI scan to evaluate the extent of the injury. It is reported that Sohaib had difficulty moving due to the injury. Pakistan Cricket Board (PCB) will decide on Sohaib’s inclusion in the T20 World Cup squad after reviewing the report of the MRI scan.

The 34-year old was included in the preliminary T20 World Cup squad on the back of an explosive domestic season. His rich vein of form in the previous edition of the National T20 Cup, the Pakistan One Day Cup, and the sixth edition of Pakistan Super League (PSL) earned him a place in Pakistan’s national team after a gap of five years.

ALSO READ
India Can Shut Down the PCB: Ramiz Raja

It is expected that young middle-order batter, Haider Ali, can be called up to the T20 World Cup squad if Sohaib is ruled out due to injury. Haider has been in exceptional form in the ongoing National T20 Cup, having scored 280 runs at an average of 70.00  and a strike rate of 149.73 in the 7 matches he has played so far in the tournament.

Sources have further revealed that PCB’s Chief Selector, Mohammad Wasim, interim head coach, Saqlain Mushtaq along with captain Babar Azam and vice-captain Shadab Khan recently had a meeting where they discussed the possible changes in the T20 World Cup squad. The changes, if there are any, will be announced before the 10 October deadline set by the International Cricket Council.