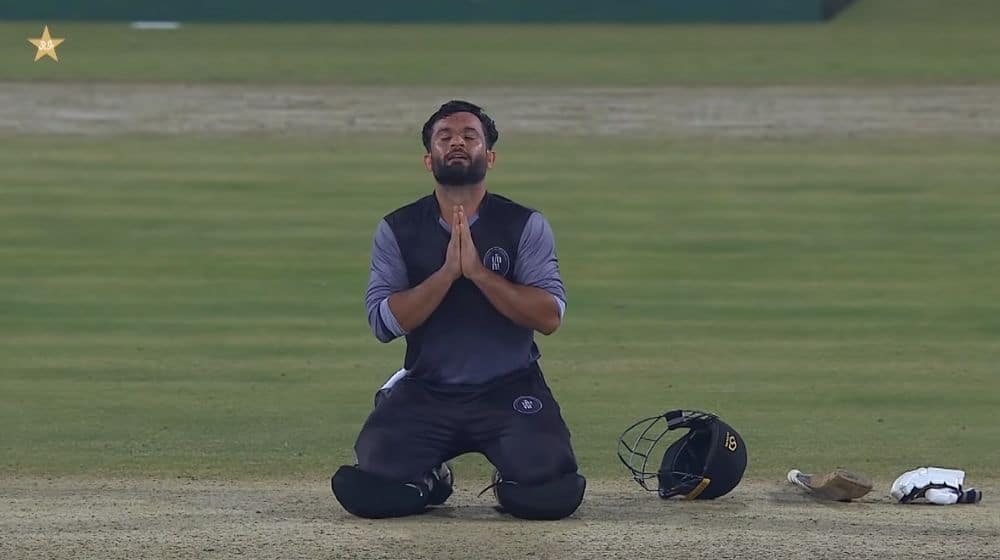 Middle-order batter, Kamran Ghulam, once again came to the limelight as he scored the first T20 century of his career in the match between Khyber Pakhtunkhwa (KP) and Northern in the ongoing 2021 National T20 Cup.

ALSO READ
Playing Against Pakistan Was the Highlight of My Career: Dinesh Karthik [Video]

Kamran scored 110 runs, which included 10 boundaries and 6 sixes, off 64 balls as KP defeated Northern in the final group stage match to finish as the leaders of the 2021 National T20 Cup points table.

The 26-year old made his T20 debut in 2014 and has since only played 26 matches. In the last five years, he has only played three T20 matches and two of those matches have come in the ongoing 2021 National T20 Cup only after the star players left to join Pakistan’s training camp for the T20 World Cup. He scored 46 runs in his first match in the competition and followed it up with a magnificent century in the next match.

Last season, Kamran created history as he became the highest run-scorer in a single edition of the Quaid-e-Azam Trophy. He scored 1,249 runs which included 5 centuries and 5 half-centuries, at an average of 62.45 in 11 matches in the first-class season. His magnificent form with the bat helped KP to win the 2020/21 Quaid-e-Azam Trophy.

Kamran also earned a call-up to Pakistan’s Test squad for their home series against South Africa, however, he did not get a game. If Kamran keeps on performing like this, he will be in line to earn a call-up to the national team very soon.