The Pakistani Rupee appreciated by two paisas against the US Dollar and closed at 171.18 today.

This is after it dipped to a record low against the US Dollar (USD) to 171.20 yesterday. 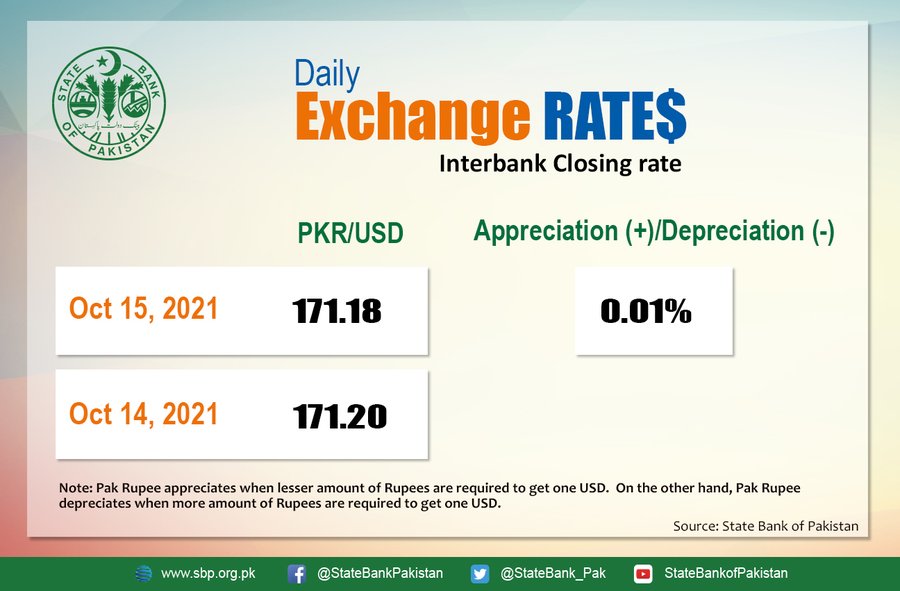 Asad Rizvi, the former Treasury Head at the Chase Manhattan Bank, said that the State Bank of Pakistan’s declining foreign exchange reserves are not helping the devaluation of the Pakistani Rupee (PKR). The foreign reserves held by the central bank fell week-over-week by $31 million from $19,169.1 to $19,138.4 million on 8 October.

Rupee continues to suffer,it’s the worst rout ever hitting lows of 171.22. #PKR is on the back foot due to worsening of CAD # caused by higher import bills that has created the imbalance.
FX Net SBP Reserve too is down for 4th consecutive times & is not helping pic.twitter.com/AonB6SE7Za

A currency dealer at a commercial bank said that demand for the US currency is high due to import payments. 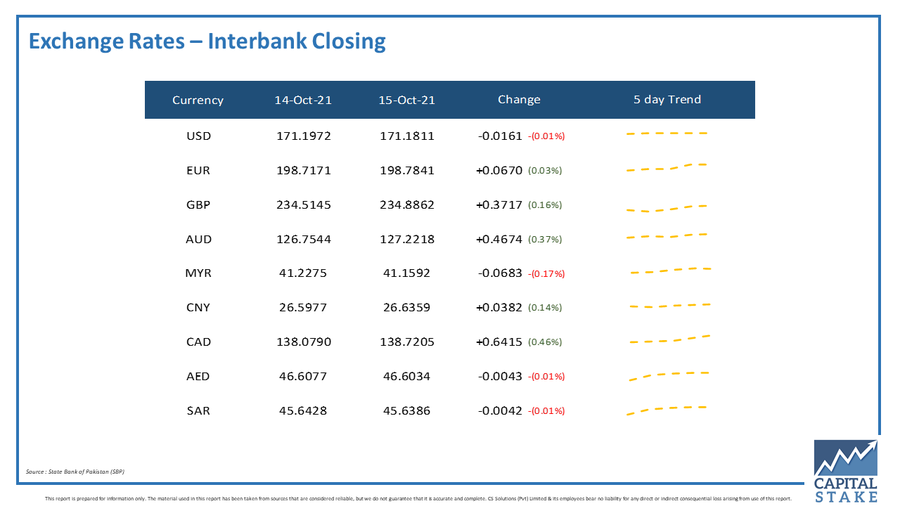 Meanwhile, it stayed stable against the Saudi Riyal (SAR) and the United Arab Emirates Dirham (AED).