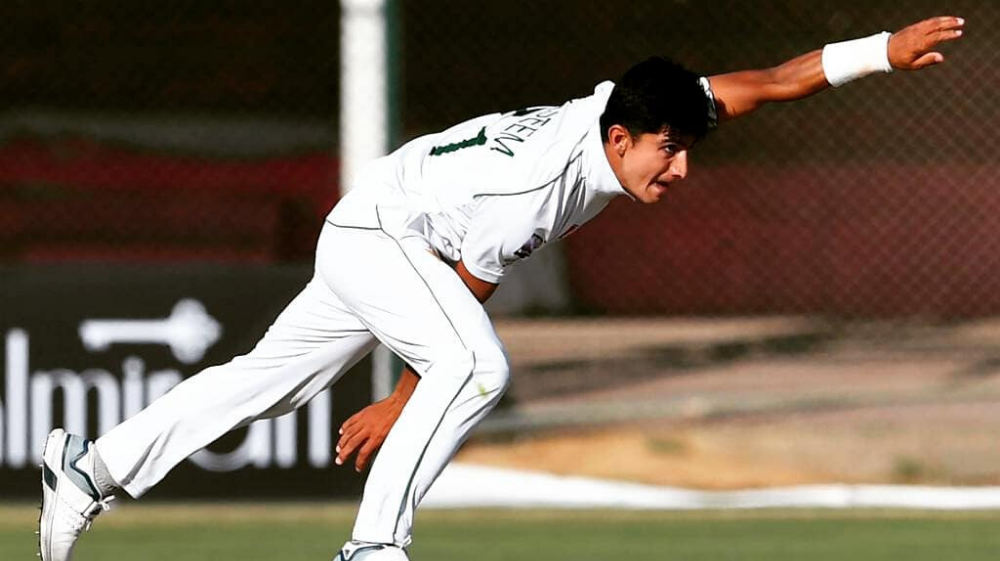 Young Pakistani paceman Naseem Shah may be likely to sign a County deal for the 2022 season.

Famous sports journalist and owner of PakPassion.net, Sajid Sadiq, revealed on Twitter that the fast bowler is close to signing a deal with a county cricket club.

Hearing that Naseem Shah is close to signing a County deal for the 2022 season. Great learning opportunity for him if the deal is finalised #Cricket

He further commented that it would prove to be a great learning opportunity for Naseem Shah.

The teenage pace sensation had earlier said that he always wanted to bowl like the New Zealand pacer, Shane Bond.

In a video shared by the Pakistan Cricket Board (PCB), Naseem said that when he played tape-ball cricket, people used to tell him that he should play hard-ball cricket.

“After that, I started playing hard-ball cricket. When I was playing U-16 cricket, I saw Shane Bond’s bowling. I loved his action and always wanted to bowl like him,” he added.

Naseem has represented Pakistan in nine Test matches and has taken 20 wickets, including a hat-trick against Bangladesh in Rawalpindi.

He was dropped from the national side due to a back injury and has been sidelined since January 2021. His performances in the 6th edition of PSL were also lackluster. In the recently concluded National T20 2021, the fast bowler took 9 wickets in as many matches with an average of 29.33 and an economy of 8.0.