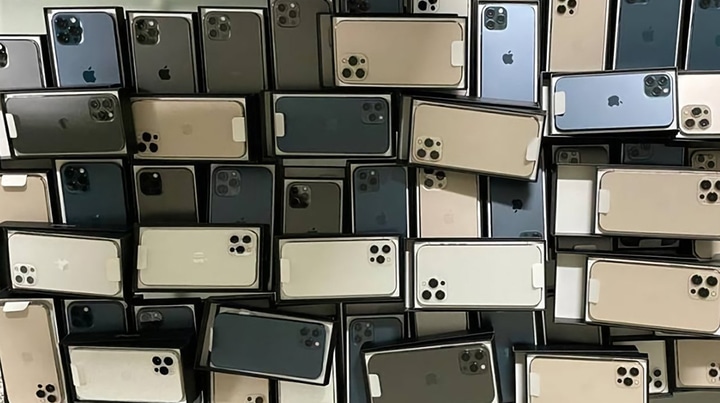 Pakistan Customs has foiled an attempt to smuggle a large number of costly imported phones and drone cameras at the Islamabad airport.

Sources told ProPakistani that the confiscated items, included over 350 luxury phones and drone cameras worth Rs. 90 million, which were being smuggled from Dubai to Islamabad.

According to details, two passengers namely Nabeel Ahmad and Shahzad made the attempt to smuggle imported “I phones as well as Pro Max” and five “drone DJI cameras” on Thursday night through flight no. ER702 coming from Dubai to Islamabad. However, the Customs officials deputed at the airport foiled the bid and confiscated the goods. Sources said the Customs officials registered a case against the passengers, adding that further investigation was underway.

It is pertinent to note that the incumbent government has imposed taxes on the import of phones to promote the local industry. Nonetheless, the smuggling of imported phones is still being carried out.