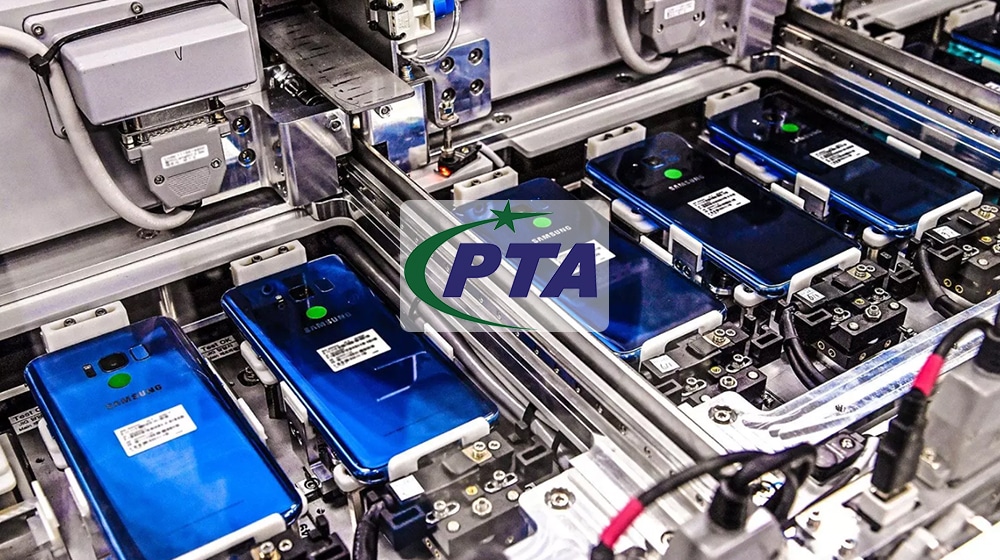 The production of mobile phones by local manufacturing plants has surpassed the number of commercial mobile phones imports in the country during January-September 2021, as the local production was recorded at 16.15 million compared to the imported mobile phones of 9.02 million.

The Pakistan Telecommunication Authority (PTA) data revealed that this trend reflects a positive uptake on the PTA’s Mobile Device Manufacturing (MDM) Authorization regulatory regime, whereby local manufacturing within the first year of regime introduction has resulted in the production of 16.15 million phones in a short span of nine months including 6.72 million 4G smartphones.

The successful implementation of the Device Identification Registration and Blocking System (DIRBS), along with conducive government policies, including the mobile manufacturing policy, has created a favorable environment for mobile device manufacturing in Pakistan.

It has also contributed positively to the mobile ecosystem of Pakistan by eliminating the counterfeit device market providing a level-playing field for commercial entities, and has created trust among consumers due to the formulation of standardized legal channels for all sorts of device imports.

The government had introduced a mobile manufacturing policy to encourage and attract manufacturers to establish their units in Pakistan. The PTA, in light of the policy, issued Mobile Device Manufacturing (MDM) Regulations on 28th January 2021.

Till now, 26 companies have been issued MDM Authorisation enabling them to manufacture mobile devices in Pakistan. The companies include renowned brands, e.g., Samsung, Nokia, Oppo, TECNO, Infinix, Vgotel, Q-mobile, etc. Commercial imports against manufacturing trends can be seen at the PTA website, the authority added.

Nauman Khalid, Director Type Approvals and Device Identification Registration & Blocking System (DIRBS), PTA, said the establishment of 26 manufacturing plants has brought in an investment of over $126 million and created over 10,000 jobs in a short span of seven months.

According to the Pakistan Bureau of Statistics (PBS) data, Pakistan imported mobile phones worth $494.60 million during the first quarter (July-September) of 2021 compared to $492.893 million during the same period of last year, registering a growth of 0.42 percent.

PTA has blocked 175 thousand devices IMEIs reported as stolen through DIRBS. The System has also identified and blocked 26.03 Million fake/replica mobile devices from use on local networks. Moreover, 880,780 cloned/duplicated IMEIs against 5.28 million MSISDN were identified and blocked. The connectivity of smartphones on the local networks has been increased from 35 percent to 51 percent as of July 2021 after the implementation of DIRBS.

According to the sector experts, Pakistan enjoys a low-cost labor advantage, a reasonably large home market having more than 185 million subscribers, which have increased approximately one percent per month during the last one year, 84 percent teledensity and efficient DIRBS in place, which make Pakistan an attractive market for mobile assembly.