The Pakistan Rupee appreciated against the US Dollar (USD) for the second consecutive day today. It gained 52 paisas against the dollar and closed at 172.26.

Yesterday, the local currency registered its largest increase in value since April 2020. It added Rs. 2.49 against the dollar and closed at 172.78 in the interbank market. 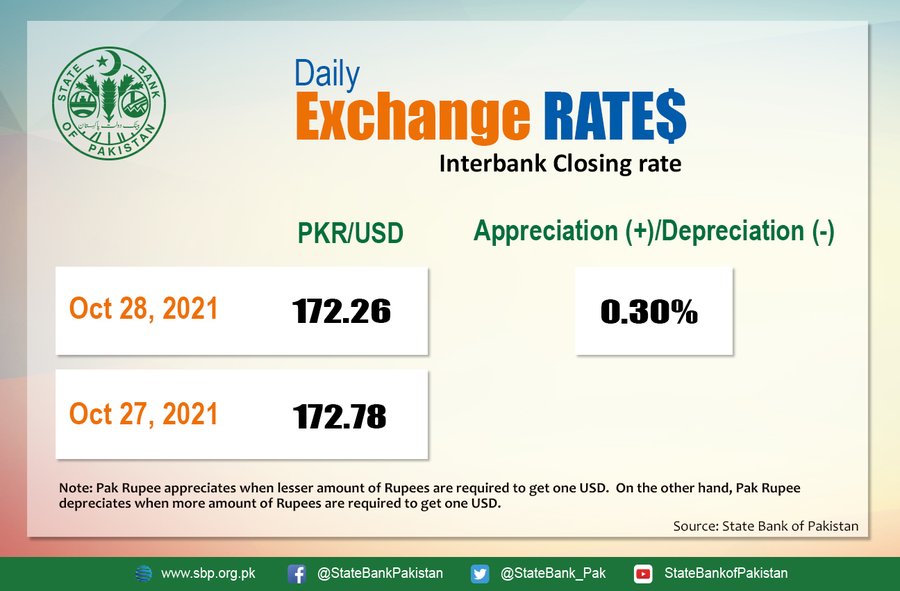 The Rupee has appreciated Rs. 3.01 in the past two sessions. The gains came after Saudi Arabia announced a support package of $3 billion as deposits in the State Bank of Pakistan. It will also provide $1.2 billion worth of financing on deferred payments for refined petroleum products.

In the past few months, the local unit depreciated by about 12 percent amid high international commodity prices and a widening current account deficit.

3-days ago I tweeted

Similarly, y’day all #PIB bids were rejected as market demanded over 100bp jump in yields.

The former Treasury Head of Chase Manhattan Bank, Asad Rizvi, said he expects markets to remain volatile in the near future.

A forex dealer said that the sentiments on the domestic currency turned positive in anticipation of the narrowing gap between the inflow and the outflow of dollars.”

“The Saudi $3 billion cash deposits with the State Bank of Pakistan will shore up the country’s foreign exchange reserves and the deferred oil payment facility will reduce pressure on the import bill, especially given the higher global commodity prices,” he added.

Moreover, Shaukat Tarin, Adviser to Prime Minister on Finance, said on Wednesday that Pakistan is close to concluding talks with the International Monetary Fund (IMF).

“Going forward, with the likely resumption of the IMF programme, the currency is expected to strengthen further in the short-term,” Tahir Abbas, the head of research at Arif Habib Limited, told The News. 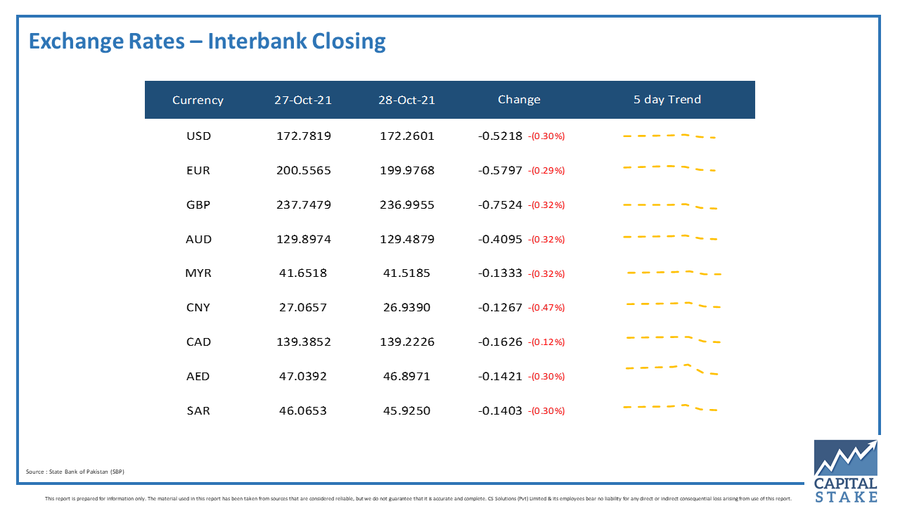