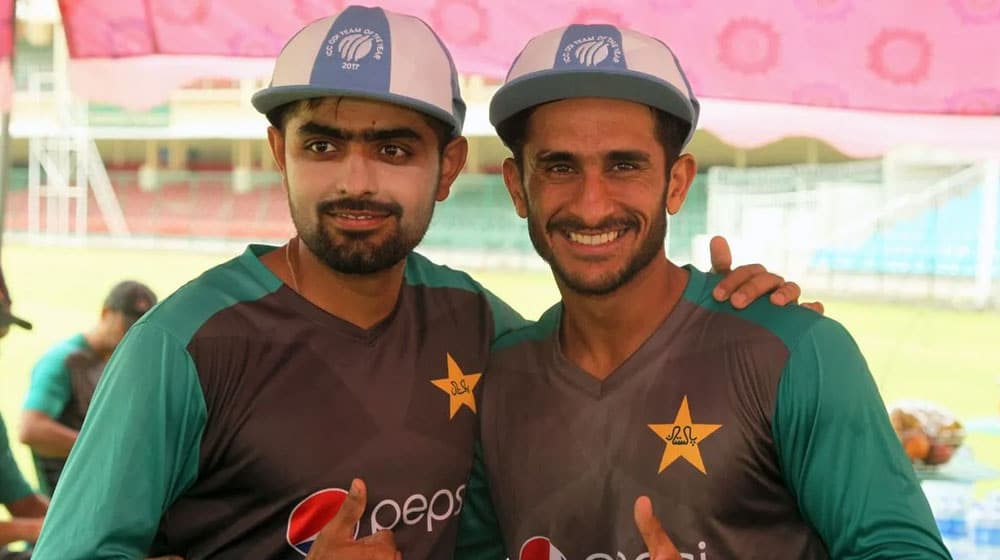 Pakistan captain, Babar Azam, has expressed his confidence in his ‘strike bowler’ Hasan Ali despite his poor run in the ICC T20 World Cup 2021.

The captain and the team management held separate meetings with players during a party organized by seasoned all-rounder, Shoaib Malik, and his wife, Sania Mirza, to celebrate the third birthday of their son, Izhaan Mirza Malik.

Babar lauded the team’s performance and motivated players to carry the momentum into knockout matches.

He also motivated the fast bowler, Hasan Ali, and called him a “big match bowler.” Azam advised him to avoid social media stay focused on his bowling.

Hasan Ali, the third leading wicket-taker in the world after Ravi Ashwin and Shaheen Afridi in 2021, has been off-color in the mega event.

In three T20 World Cup matches, he has picked three wickets and conceded 108 runs in the 11 overs he has bowled in the tournament.

However, Babar remained unfazed by his form and told Hasan Ali that he had his backing.

“You are our strike bowlers, and our support is with you,” Babar told Hasan.

Babar also showed confidence in senior players, including Mohammed Hafeez, and hoped that he would win him matches in the future.

“It doesn’t matter if we face Australia or South Africa in the semifinal, we will beat them and then win the final,” the skipper added.