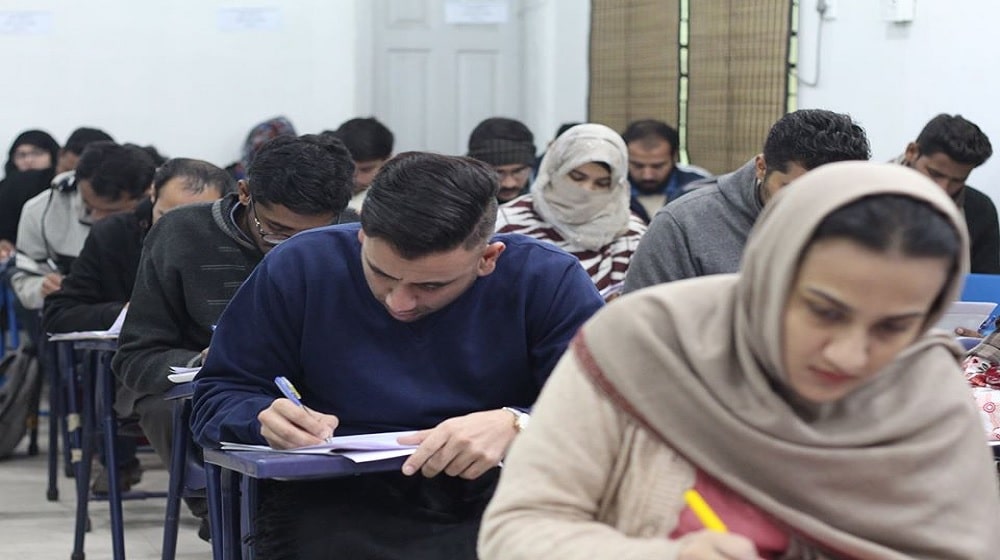 The Federal Public Service Commission (FPSC) will conduct a screening test of candidates aspiring to appear in the Central Superior Services (CSS) competitive examination from 2022.

It is to note that the federal cabinet, in its last meeting, gave the approval to conduct a 200 marks screening test prior to the CSS competitive examination. The test would consist of 20 marks in Islamic Studies, 20 marks in Urdu, 50 in English, 60 in general abilities, and 50 in general knowledge.

The Establishment Division informed the cabinet that FPSC annually held the CSS examination for the recruitment on posts of BS-17 in 12 Occupational Groups/Services, mandated under Section 7 of FPSC Ordinance, 1977.

It was observed by FPSC that the number of applicants increased, on average, by 10% annually from 1998-2019, while during 2020 and 2021, a surge of 69% was witnessed in the applications as compared to previous years. This resulted in a decline in passing percentage and an increase in processing time.

Sources said that FPSC had been directed to revisit the CSS competitive examination system after studying international best practices and incorporate the views of various stakeholders in line with the decision of the Cabinet Committee on Institutional Reforms. Subsequently, FPSC in its study, stated that the screening/preliminary tests were held in SAARC countries to filter candidates for main examinations. The screening test will reduce the processing time for CSS examination from 20 months to 12 months.

It is pertinent to mention here that the cabinet in its meeting held on 10 December 2019 also considered this matter, however the proposal for introducing a screening test prior to the written examination was not approved.

The cabinet members had been of the view that SAT/GRE type tests could be a disadvantage for candidates from underdeveloped countries while the legal tenability, as well as belated announcement, was unfair to candidates.

Moreover, some of the members had apprehended that this would be disadvantageous to the candidates from backward areas and would double the expenditure for them.

The FPSC addressed the above observations of the cabinet by taking the steps such as the proposed format of screening test mainly consisting of compulsory subjects of CSS examination and it does not have any similarity to SAT/GRE format.

The FPSC intended to hold the screening test well before the announcement of the CSS CE-2022 examination, therefore, the question of legal tenability and unfairness to candidates would not arise, it informed the cabinet.

In addition, FPSC shared that the passing threshold of the screening test had been capped at 33% which would enable most of the candidates belonging from all areas of Pakistan to pass the proposed test.

In support of the proposal, FPSC also conducted a statistical analysis of the past five years, proving that most of the candidates including Balochistan and Sindh (R) had scored at least 33% marks in compulsory subjects in the written part of the examination. This data further supported the idea of holding a Screening Test prior to written CSS examination