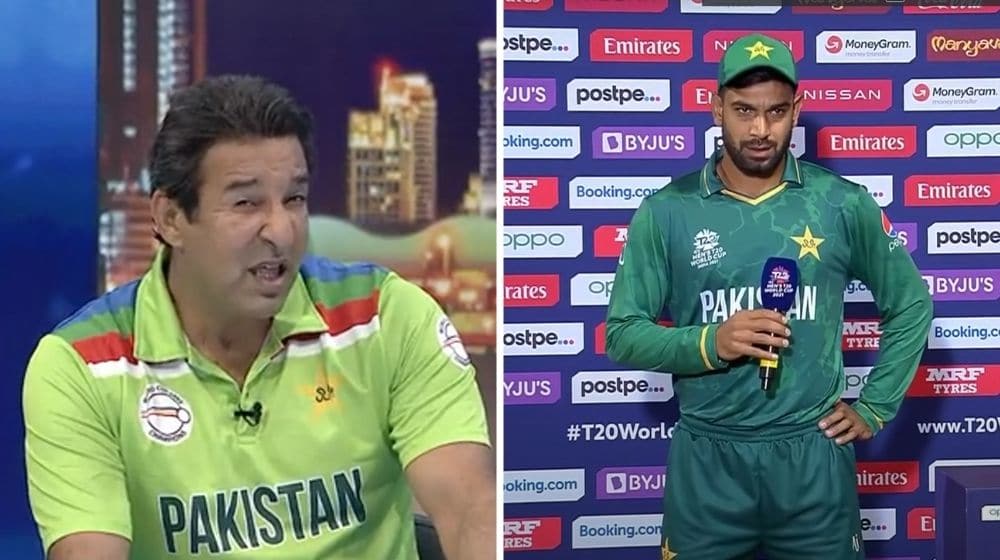 In the post-match interview, Haris Rauf looks visibly confused as Indian commentator, Anjum Chopra is asking him questions in Hindi. Haris’ facial expressions while unable to grasp the Hindi language have been one of the talking points on social media as the users enjoyed the hilarious interview.

The video of the interview has since gone viral and social media users have turned Haris’ facial expressions into various memes.

Watch the video of the interview:

The hilarious video was uploaded by Fakhr-e-Alam on his social media accounts.

I became Anjum Chopra and asked @wasimakramlive questions in hardcore Hindi ( I do apologize if I got words wrong but it was all in good fun) and Wasim gave us the legendary @HarisRauf14 reaction… only in The Pavilion….. pic.twitter.com/EnWH5KhH1H

The video has already garnered over 10,000 likes and over 1,500 retweets with the social media users enjoying Wasim’s brilliant acting.