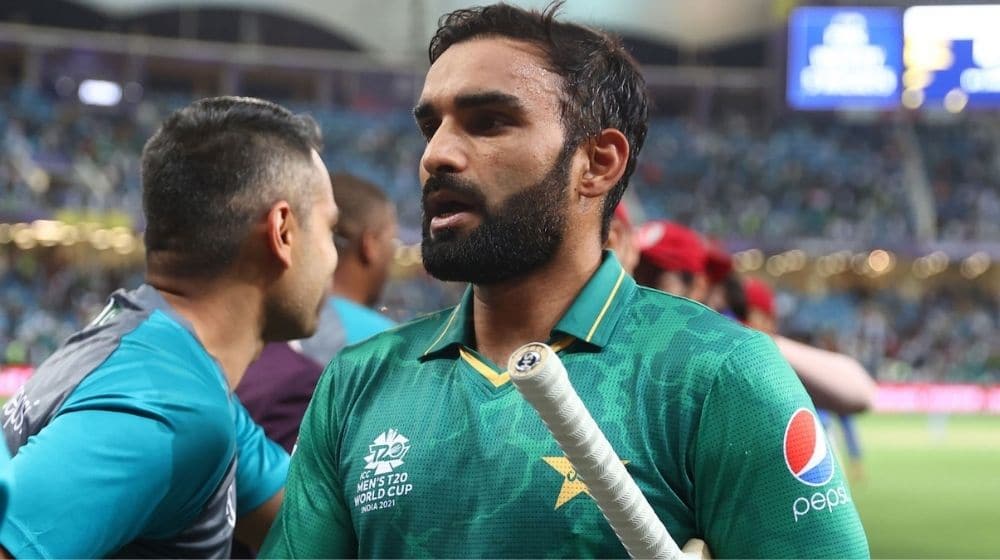 Pakistan’s explosive middle-order batter, Asif Ali, has been voted as the ICC’s October’s player of the month for his outstanding performances in the ongoing T20 World Cup. Asif was nominated alongside Bangladesh’s Shakib Al Hasan and Namibia’s David Wiese for the award.

Asif played two match-winning knocks for Pakistan, first against New Zealand to hand Pakistan their second win of the tournament and then against Afghanistan to clinch their third successive victory.

Asif has scored 57 runs at an astonishing strike rate of 247.82 in three innings he has played in the tournament so far.

The 30-year old smashed 27 runs off 12 balls against New Zealand in his first innings before blowing away Afghanistan with an exceptional knock of 25 runs off 7 deliveries. His innings against Afghanistan included 4 huge maximums in the 19th over as Pakistan chased down the target with an over to spare.

Asif will be seen in action as Pakistan take on Australia in the upcoming semi-final, scheduled to be played in Dubai on 11 November.