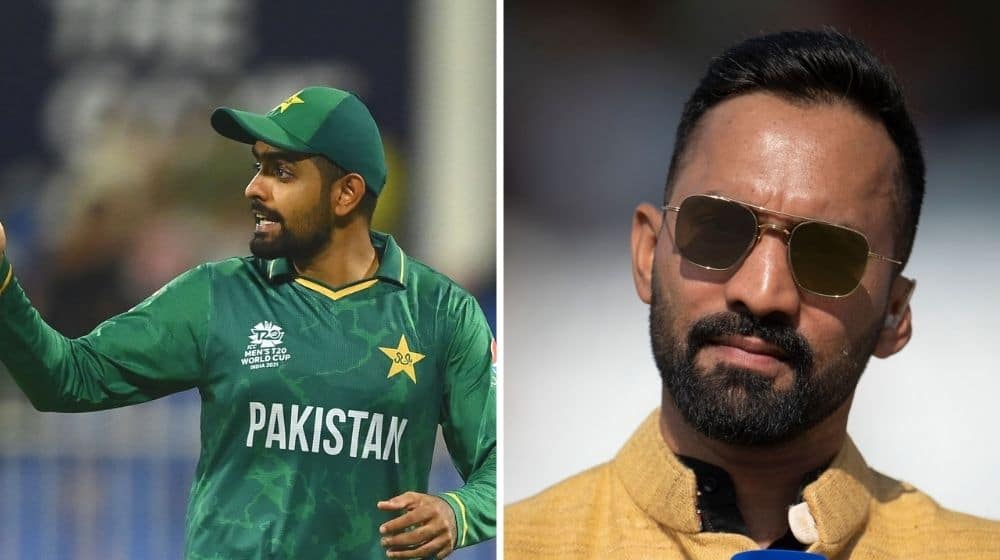 Former Indian wicket-keeper, Dinesh Karthik, has picked Pakistan’s star batter, Babar Azam, as the captain for his team of the tournament for the 2021 T20 World Cup. The 11-man squad also included Pakistan’s left-arm pacer, Shaheen Afridi who wreaked havoc on the Indian batting unit in Pakistan’s first match of the tournament.

Babar is currently the highest run-scorer in the tournament having scored 264 runs in five matches so far. His magnificent run of form in the tournament includes four half-centuries in the five innings he has played so far.

Jasprit Bumrah was the only Indian that made his way into Karthik’s team of the tournament who was picked alongside New Zealand’s Trent Boult and Australia’s Adam Zampa to make up a fearsome bowling unit. Sri Lanka’s Wanindu Hasaranga and England’s Moeen Ali were picked as the all-rounders in the team.

Here is Karthik’s team of the T20 World Cup: