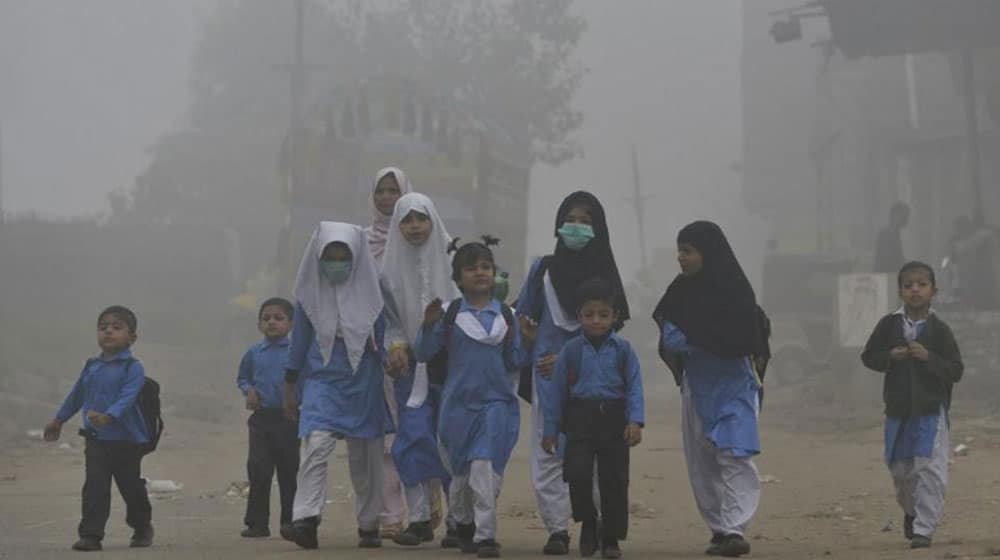 The Punjab government has decided against closing down schools regardless of the smog situation across the province, local media reported.

This was decided by a provincial standing committee on smog formed to find ways to mitigate the effects of extremely hazardous smog in Punjab, especially in the provincial capital Lahore.

According to media reports, the cabinet body, headed by Punjab Finance Minister, Hashim Jawan Bakht was briefed on the current situation by senior member Board of Revenue, Babar Hayat Tarar.

“Suggestions were presented before the meeting to shut down schools in case smog situation worsens,” a well-placed source said, adding that the committee decided against it.

The committee constituted an ‘Anti-Smog Squad’ to stem the increasing threat of smog in the provincial capital, and also laid down a detailed plan to control the air pollution.

The committee asked Commissioner Lahore to ensure the implementation of the action plan to control air pollution.

The Anti-Smog Squad, comprising of five teams, and each team of five members, will pay surprise visits to industries, and small factories across the provincial capital and slap heavy fines on any violations.

The officials of the environmental projection department will lead these teams that will include members from police, WASA, LESCO, and Municipal Corporation