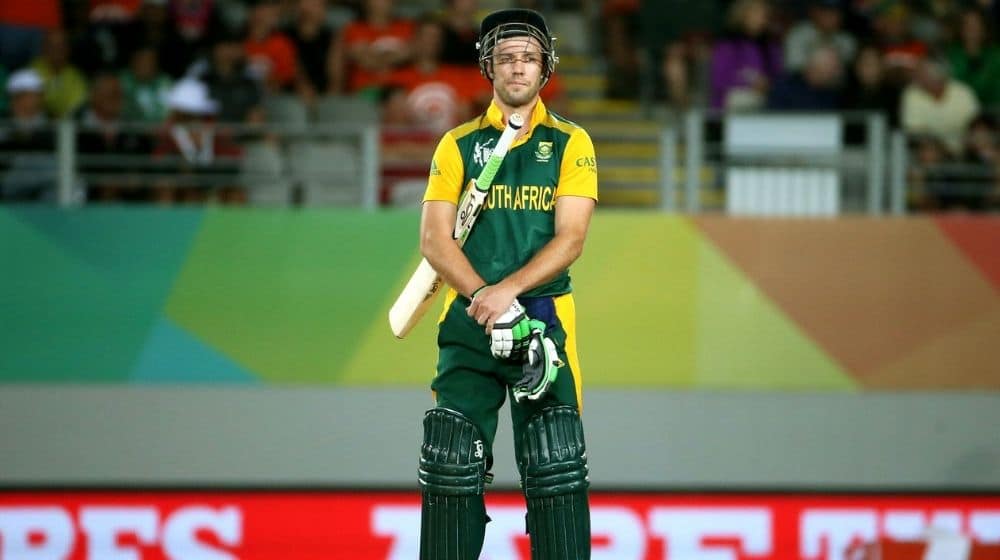 Former South African batter, AB De Villiers, has announced his retirement from all forms of cricket. De Villiers had already retired from international cricket back in 2018 but he continued to play franchise cricket all around the world. He was an integral part of the Indian Premier League (IPL) side, Royal Challengers Bangalore (RCB) and also took part in Pakistan Super League (PSL) with Lahore Qalandars.

AB De Villiers, widely regarded as one of the greatest limited-overs batters in cricket history, announced his retirement on Twitter. He revealed that his passion for playing cricket has gradually gone down and he feels it’s the right time to bow out from the sport he so dearly loves. It is widely assumed that de Villiers wanted to play for his country one last time during the T20 World Cup but he was denied the chance in 2019 and now in 2021 as well.

It has been an incredible journey, but I have decided to retire from all cricket.

Ever since the back yard matches with my older brothers, I have played the game with pure enjoyment and unbridled enthusiasm. Now, at the age of 37, that flame no longer burns so brightly. pic.twitter.com/W1Z41wFeli

De Villiers said that he is grateful for the opportunity he has gotten to represent his country and felt proud for every moment he spent on the cricket ground. He said that his announcement might feel sudden to his fans but he has thought about his decision for a long time. He thanked his teammates, coaches, opponents and every staff member he has had the privilege to work with over an international career spanning over 14 years.

The 37-year old aptly nicknamed, Mr.360, entertained the cricketing world throughout the years, be it with the bat in hand, with the gloves behind the stumps or on the field. He holds the record for the fastest century in ODI cricket as he only took 31 balls to reach the landmark against West Indies in 2015. De Villiers finished his career with over 11,000 List-A runs, over 10,000 First-class runs and over 9,000 T20 runs.