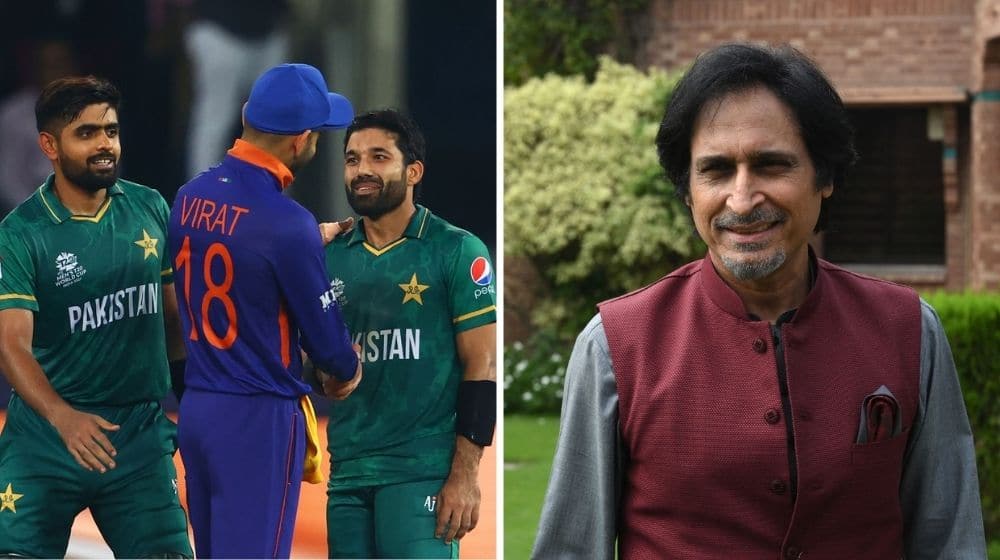 Pakistan Cricket Board (PCB) Chairman, Ramiz Raja, has hinted at resumption of cricketing ties between arch-rivals Pakistan and India. The two nations have not played a bilateral series against each other since Pakistan’s tour of India in 2012-13 although they have met in major ICC events during this period.

In the recent past, cricket boards from both the countries have downplayed the possibility of resuming cricketing ties, with the Board of Control of Cricket in India (BCCI) clearly stating numerous times that the decision is out of their hands and depends on their government.

Ramiz has now shared some positive news on the front and hinted that both the countries might look forward to play against each other outside of ICC events. Ramiz said while a bilateral series might be difficult to play due to the tensions between the two countries but there might be a possibility that the two countries play a tri-series along with one other nation.

“Bilateral series between Pakistan and India seems unlikely at this moment but we can hope to see both teams in action in a tri-nation series perhaps,” Ramiz stated.

The 59-year old also shed light on speculation that India might pull-out of the 2025 ICC Champions Trophy set to be played in Pakistan. Ramiz said that it will be difficult for India to pull-out of such a major event as everything including relationship between the two countries is assessed before giving a country the hosting rights for a mega event.

Ramiz said that he has a good working relationship with his Indian counter-part, Saurav Ganguly, and they are working towards resolving cricketing matters involving both the countries.