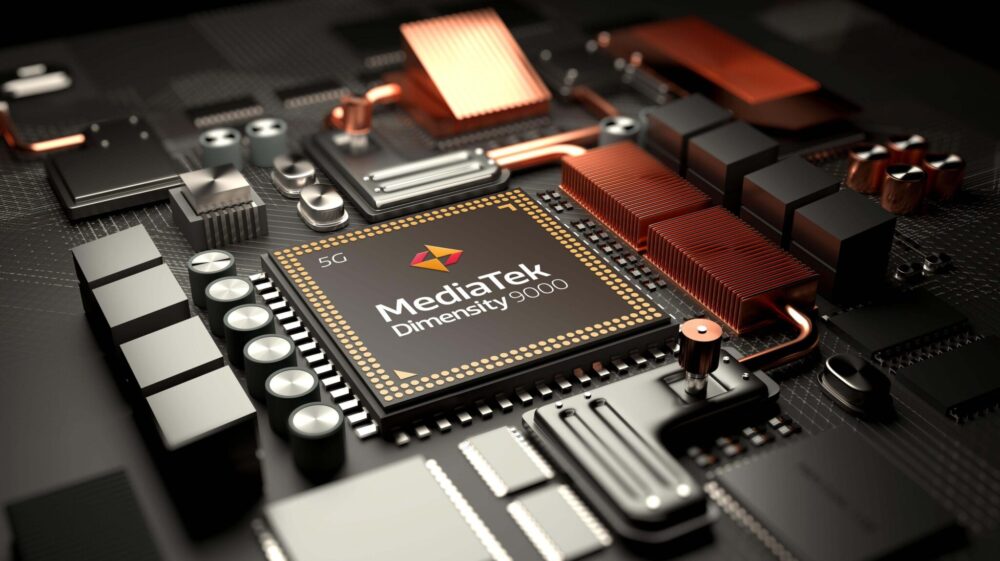 Dimensity 9000 has not only surpassed the current Android flagship, Snapdragon 888, but the king of all smartphone chips Apple A15 Bionic as well. But it remains to be seen whether MediaTek can hold this record when its rivals Qualcomm and Apple release their own next-gen chips.

Thanks to the new 4nm process, Dimensity 9000 has improved on performance and power efficiency at the same time. It is the world’s first phone chip to use a Cortex X2 CPU core clocked at 3.05 GHz and also the first to support Bluetooth 5.3. 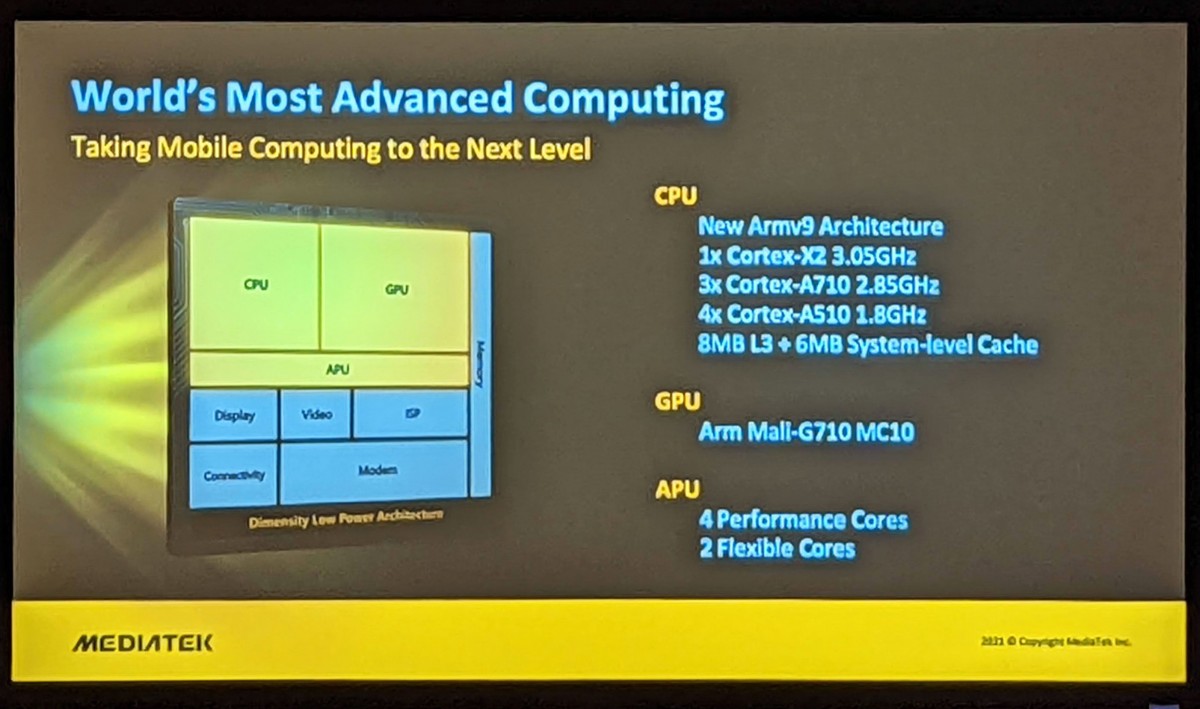 Its CPU configuration is arranged in a 1+3+4 setup. Other than the Cortex X2 “ultra” CPU core, it has a 3x cluster of Cortex-A710 “super cores” clocked at 2.85 GHz and four Cortex A510 efficiency cores running at 1.8 GHz. The new Mali-G710 GPU onboard this chip has 10 cores and support for ray tracing graphics, which is all the rage these days in gaming PCs and new consoles.

The chip supports LPDDR5x RAM, with speeds of up to 7500Mbps and it gets 14MB of cache, up from last generation’s 8MB. On paper, the Dimensity 9000’s Image Signal Processor (for processing images snapped from your smartphone camera) can capture 4K resolution high dynamic range (HDR) video from three cameras at the same time. It is capable of processing a total of 270 frames per second to output an 18-bit color depth 4K HDR video. It also supports up to 320-megapixel camera sensors. 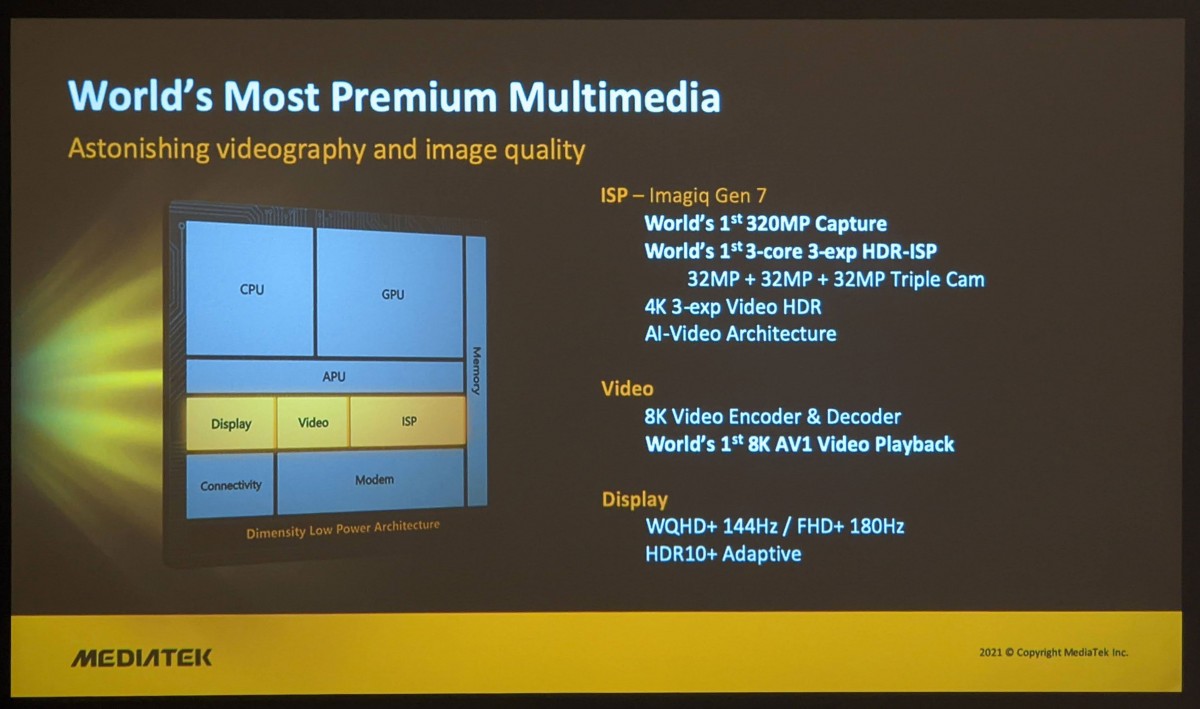 Dimensity 9000’s 5G modem still has no mmWave 5G support (high speed but lower coverage), but it does have sub-6Ghz (slower but more widespread) 5G with theoretical download speeds of up to 7Gbps. The modem also brings better power efficiency for active and standby 5G connections.

As for AI capabilities, the chip brings 4x faster performance than the previous generation and MediaTek claims that it’s 16% faster than the Google Tensor chip featured in the latest Pixel 6 and Pixel 6 Pro phones.

MediaTek says that we can expect to see the first wave of Dimensity 9000-powered smartphones in Q1 2022.