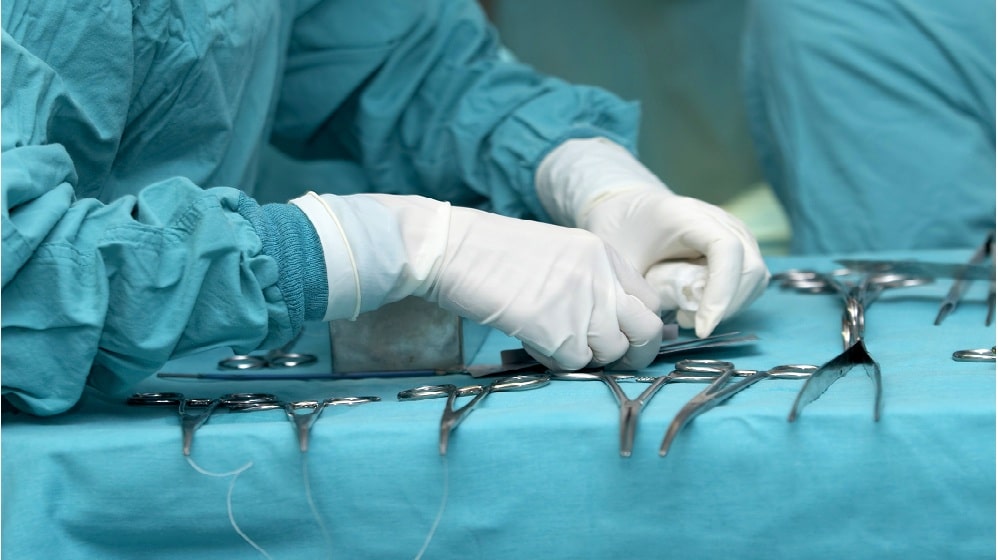 According to a press release, the patient was given a series of chemotherapy, immunotherapy, targeted small molecule inhibitor, and radiation therapy, leaving behind less than 5 mm of tumor on brain scans. She then underwent Peripheral Blood Hematopoietic Stem Cell Harvest through an Apheresis machine for four days.

Stem Cells were collected and preserved at -80°C for 1 week in a special medium. Drugs eliminated the tumor in the brain, but also inevitably caused collateral damage to bone marrow, making the patient aplastic and otherwise unable to survive.

To rescue bone marrow, her stem cells were then infused back through a central line in the bloodstream over three days. Over the next two to three weeks, she remained in a severely immune-compromised state in a specialized unit with HEPA filters requiring radiated blood products, nutritional and anti-microbial support, but gradually the Stem Cells kicked in and her Bone Marrow was repopulated resulting in improvement in blood counts.

Dr. Ayaz Mir, Director of Bone Marrow & Stem Cell Transplant at Shifa, emphasized that only a few dozen centers in the world including the United States and Germany were doing such transplants for this rare tumor. He added that it took a specialized team of coordinators, apheresis technicians, blood-bank experts, excellent nursing care, and doctors to successfully orchestrate this complicated process. Shifa has done about 350 bone marrow and stem cell transplants, but this was one of the most challenging, he underlined.

He urged the government and the pharmaceutical industry to take special measures for encouraging local manufacturing of drugs to make the treatment affordable for the masses. He noted that Pakistan lagged behind other regional countries in the field of cancer drug manufacturing. It will also curb the multi-billion rupees black market exploiting the desperate, he asserted.