The Pakistani Rupee (PKR) continued its historic decline against the US Dollar (USD) for the third day in a row and depreciated by 18 paisas against the greenback in the interbank market today. It hit an intra-day low of Rs. 178 against the Dollar during today’s open market session.

The local currency depreciated by 0.10 percent against the USD today and closed at another all-time low of Rs. 177.61, following its loss of 64 paisas when it closed at Rs. 177.43 in the interbank market on Wednesday, 8 December. 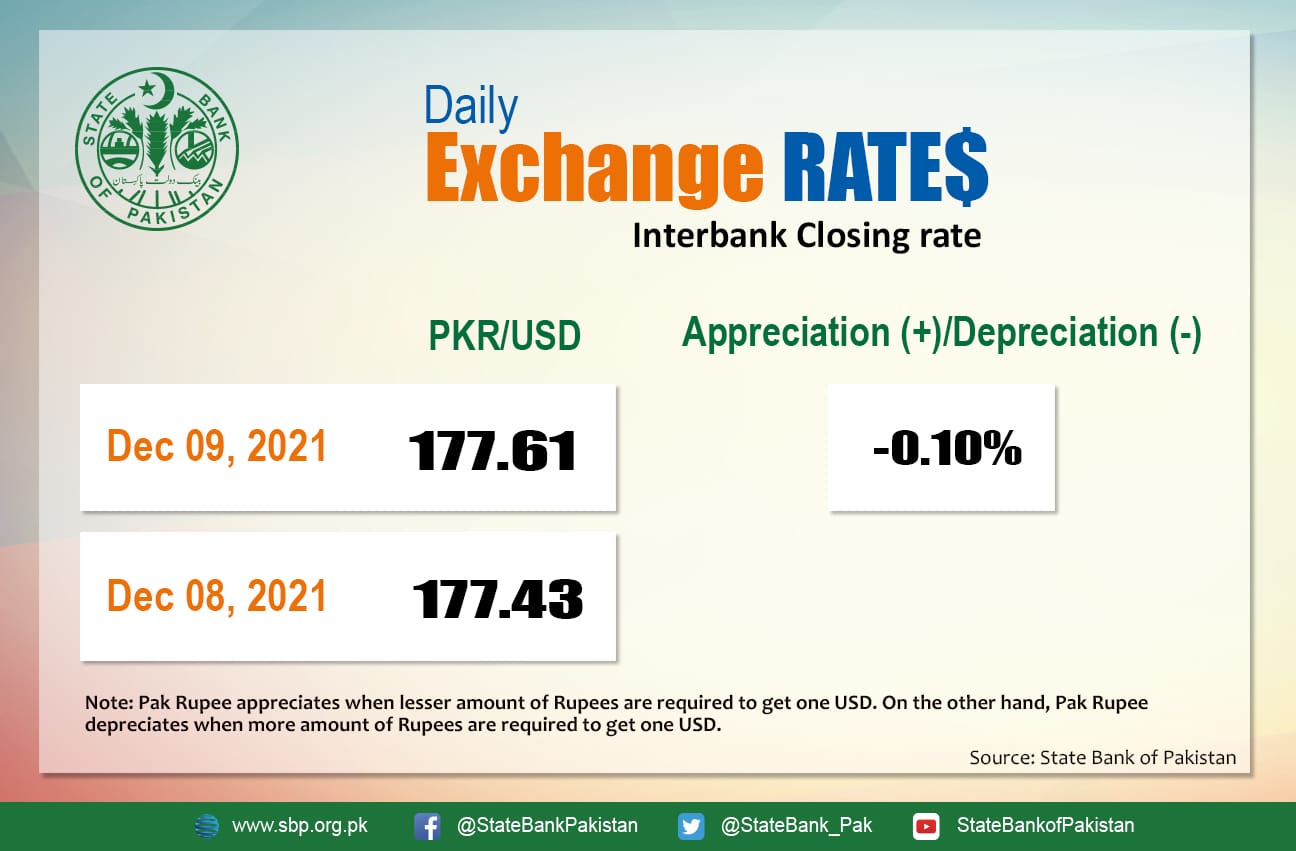 The local currency has lost 11.12 percent on a calendar-year-to-date basis after recording another historic low today, and it has depreciated by 12.73 percent on a fiscal year-to-date basis. The Rupee notably continues its dismal run and has dashed the market’s hopes for immediate recovery despite the receipt of Saudi Arabia’s aid.

Its drop is not doing the exchange ledger any favors and it is projected to end the week in red owing to a widening trade deficit and a slew of other reasons that have boosted the demand for the USD. As per market observers, the trade deficit is putting pressure on the local currency, and even external inflows are not sufficient enough to cover the demand, said an analyst from Tresmark.

In light of the local unit’s tumble to another historic low, the former Treasury Head of Chase Manhattan Bank, Asad Rizvi, remarked, “It seems nothing is working in favor of PKR. Monetary Policy is due on Dec 14, but SBP doesn’t discuss Rupee. Elsewhere, under normal circumstances hike in Interest Rate makes currency attractive due to Interest rate differential. In our part of the world, it doesn’t”.

It seems nothing is working in favour of #PKR. Monetary Policy is due on Dec 14,but SBP don’t discuss Rupee.
Elsewhere, under normal circumstances hike in Interest Rate makes currency attractive due to Interest rate differential. In our part of the world it doesn’t

The PKR maintained its declining trend against most of the other major currencies as well. It posted blanket losses of four paisas against the Canadian Dollar (CAD), and four paisas against both the UAE Dirham (AED) and the Saudi Riyal (SAR) in today’s interbank currency market. 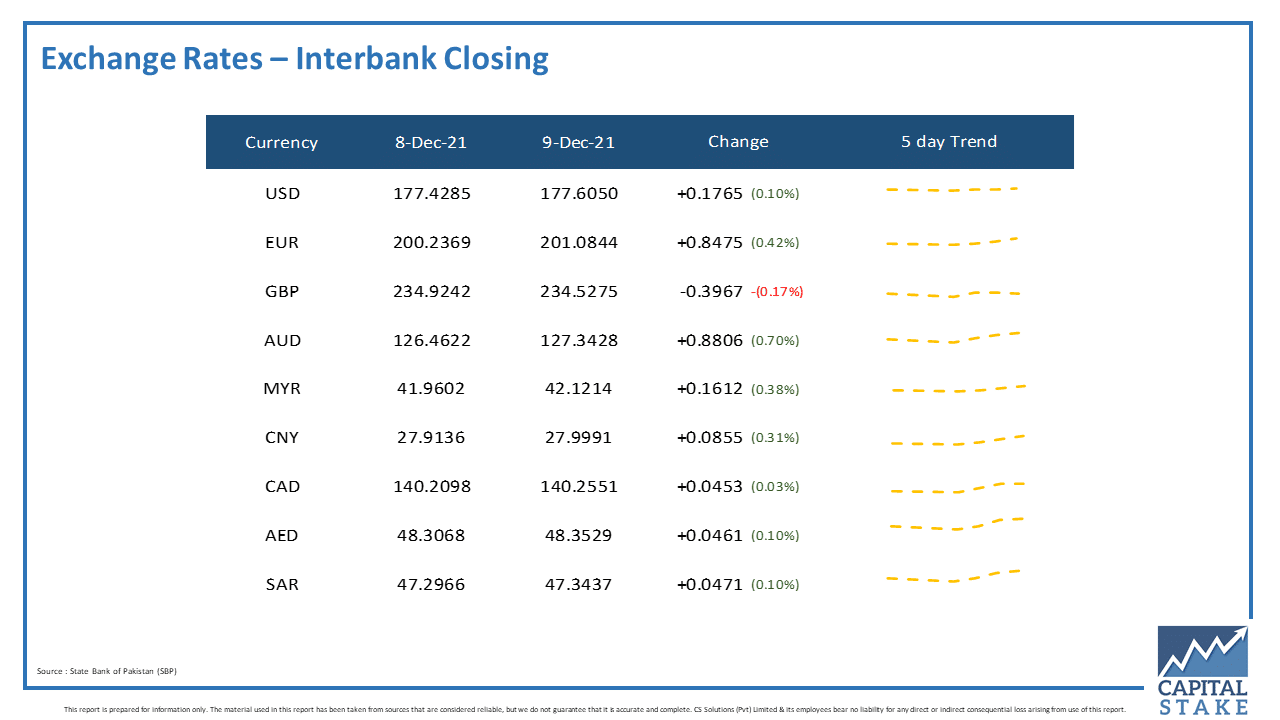 Conversely, the Rupee appreciated against the Pound Sterling (GBP) and posted gains of 39 paisas in today’s interbank currency market.