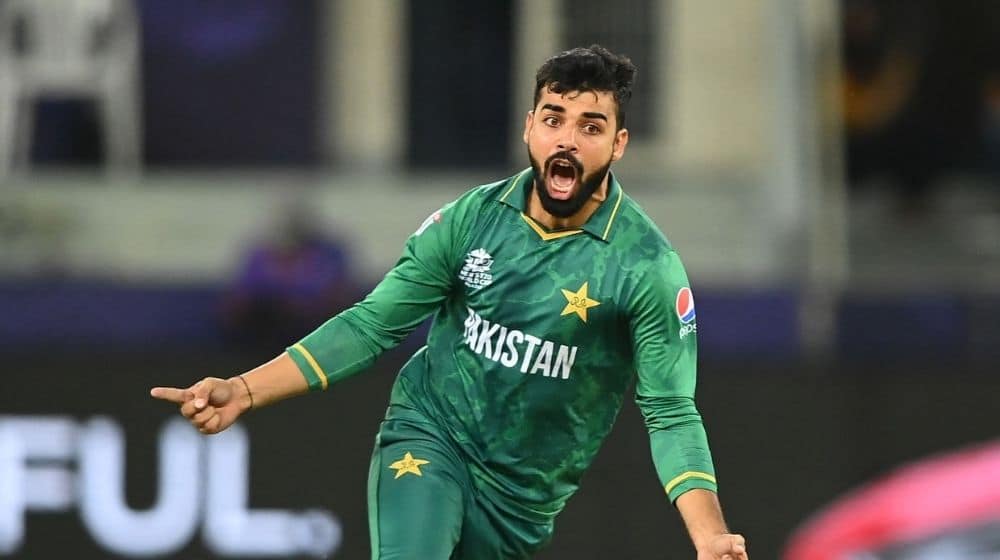 Pakistan’s limited-overs vice-captain and star all-rounder, Shadab Khan is rumored to have signed with a Big Bash League (BBL) team for the ongoing 11th season. Shadab who has previously played from Brisbane Heat in the seventh edition of the tournament is expected to partake in the tournament once again. However, it is still unclear which team he will represent.

Shadab Khan recently uploaded an image on his Twitter account where he can be seen in the plane alongside Haris Rauf. Rauf is set to join Melbourne Stars for the remainder of the season. Shadab captioned the tweet, “Can you guess where we are going?”

Lahore Qalandars’ fast bowler, Ahmed Danyal, who is also taking part in the BBL this season responded to Shadab’s tweet. He replied, “See you soon buddy”.

Shadab will become the fifth Pakistani player to be signed for BBL this season. Previously, Syed Faridoun, Ahmed Daniyal, Haris Rauf, and Mohammad Hasnain have been signed as overseas players. Faridoun, Daniyal, and Rauf will be a part of the Melbourne Stars squad while Hasnain will play for Sydney Thunder.

Shadab previously played in BBL in 2017, picking up 6 wickets at an average of 14.16 for Brisbane Heat.